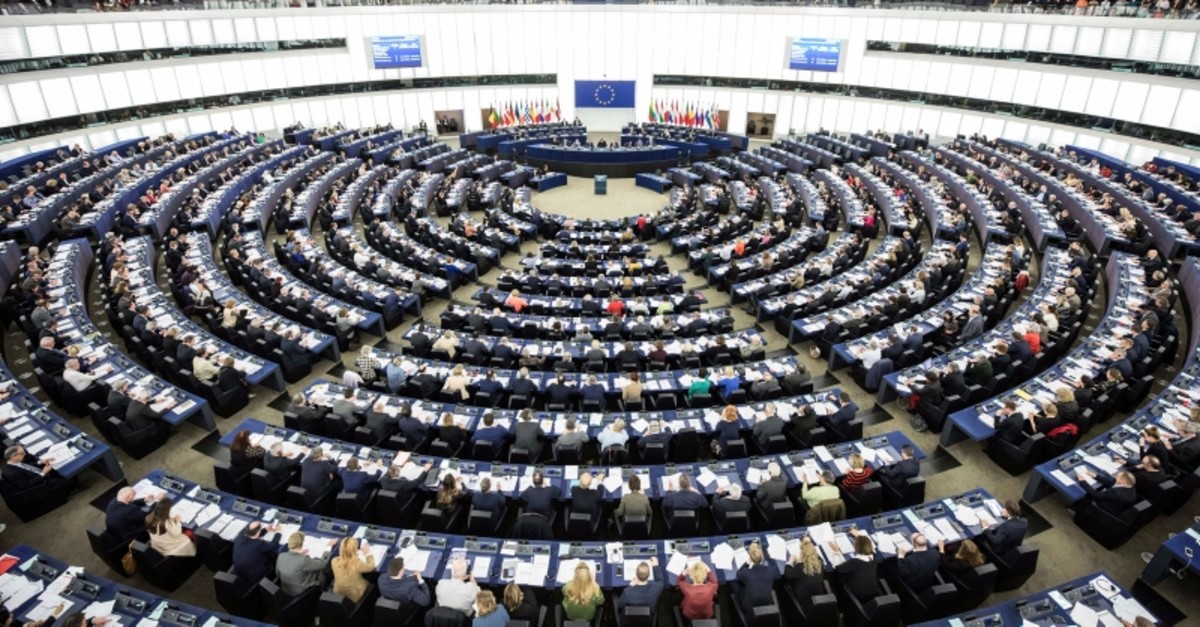 The European Parliament on Wednesday voted against Turkey's EU accession negotiations and called on the European countries to formally suspend the process.

Turkey's Foreign Ministry rejected the recommendation, which is not legally binding, stating: "It is not possible for us to attribute any value to the one-sided and non-objective approach adopted by the European Parliament."

"Turkey expects the new EP Parliament, to be formed after the elections in May, will adopt a constructive approach to the Turkey-EU relations in the upcoming period, take qualified and objective decisions and boost Turkey's EU integration process," the ministry added.

Ruling Justice and Development Party (AK Party) Spokesman Ömer Çelik rebuked approval of the resolution. ''This disreputable decision shows that the European Parliament is under the influence of far-right ideology,'' he said.

Recalling that the European Parliament failed to show solidarity with Turkey when the Turkish parliament was bombed during the coup attempt in July 15, 2016, Çelik said the EP president visited Turkey months after the defeated coup.

"However, they see no harm in working with coup leaders. Everybody knows the racist (tendency) of the Commissioner for Enlargement and European Neighborhood Policy and that the rapporteur who prepared this report is close to terror supporters more than the democracy," Çelik said.

However, at the same time, the report admitted to European countries' reliance on Ankara to uphold a 2016 migration deal stemming arrivals to the bloc from Middle Eastern countries such as Syria. The resolution, which blasts the Turkish government, notes "Turkey's important role in responding to the migration crisis" and its "great hospitality" in sheltering more than 3.5 million Syrian refugees.

The report noted that visa liberalization is of great importance for Turkish citizens, particularly for students, academics, business representatives and people with family ties in EU Member States.

Turkish officials had previously slammed the draft report for demonstrating the EU's biased and prejudiced attitude toward Turkey, adding that Ankara would continue to push for its amendment.

"It's not a vote that will be compulsory to be followed by the member states or the institutions," he added.

At the beginning of this year, Romania took over the term presidency of the Council of the European Union.

In October, President Recep Tayyip Erdoğan said he would consider putting Turkey's long-stalled bid to join the European Union to a referendum, signaling exasperation with a process he says has been waylaid by prejudice against Muslims.

EU membership remains a top strategic goal for Turkey even though the accession talks, formally launched in 2004, have been stalled for years due to the objections of the Greek Cypriot administration on the divided island of Cyprus as well as opposition from Germany and France.