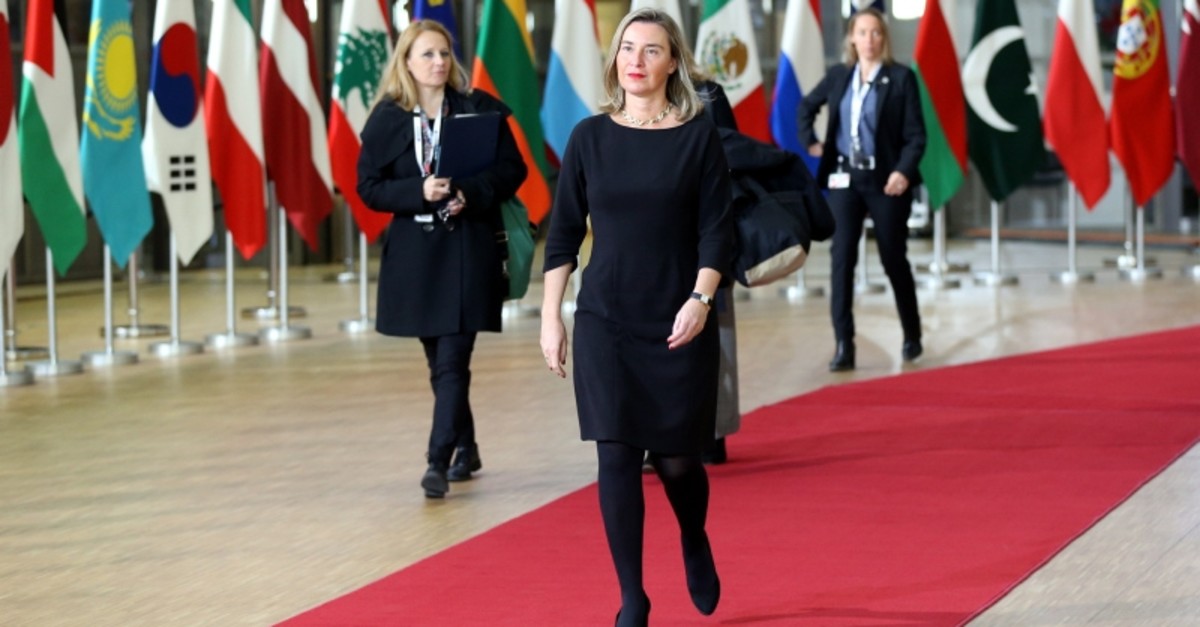 The European Union will transfer a 1.5 billion euro grant for Syrians in Turkey, according to EU foreign policy chief Federica Mogherini on Thursday.

"I would like to confirm that we will transfer 1.5 billion euro grant out of the second 3 billion euro for Syrians in Turkey," Mogherini said.

Speaking at the opening ceremony of a conference on Syria organized by the EU and the U.N. in Brussels, Mogherini underlined that the solution in Syria is not military, but political.

Turkey hosts more than 3.5 million Syrian refugees, more than any other country in the world.

Ankara and Brussels signed an agreement in 2016 to find a solution to the influx of refugees heading to the union. The agreement foresees that in exchange for Turkey stemming the refugee flow to Europe, the EU would pay Turkey 6 billion euros in financial aid. The agreement also envisages acceleration in Turkey's EU accession talks and visa-free travel for its citizens.

Although Turkey did its part taking great responsibility, the EU failed to hold up its end of the agreement. The EU has been delaying implementing visa-free travel for Turkish citizens for two years since the deal came into effect. Meanwhile on Wednesday, the European Parliament voted in favor of suspending Turkey's accession process.

The funding transfer comes ahead of the 54th meeting of the Turkey-EU Association Council to be held in Brussels on Friday, according to a statement by the Turkish Foreign Ministry on Thursday.

The meeting of the highest decision-making body between Turkey and the EU will take place after an interval of almost four years, and is important for the continuation and diversification of the institutional dialogue with the EU.

"Turkish and EU sides are expected to meet at an unofficial format before the official session to address foreign policy issues and regional developments," according to the statement.

The meeting will address Turkey's EU accession, political and economic criteria, alignment to EU acquis, visa liberalization talks, Customs Union and financial cooperation, it said. The 53rd meeting of the EU-Turkey Association Council was held on May 18, 2015, in Brussels.

The Turkey-EU Association Council was established in accordance with the Ankara Agreement, which entered into force on Dec. 1, 1964.

However, negotiations stalled in 2007 due to the objections of the Greek Cypriot administration on the divided island of Cyprus, as well as opposition from Germany and France.