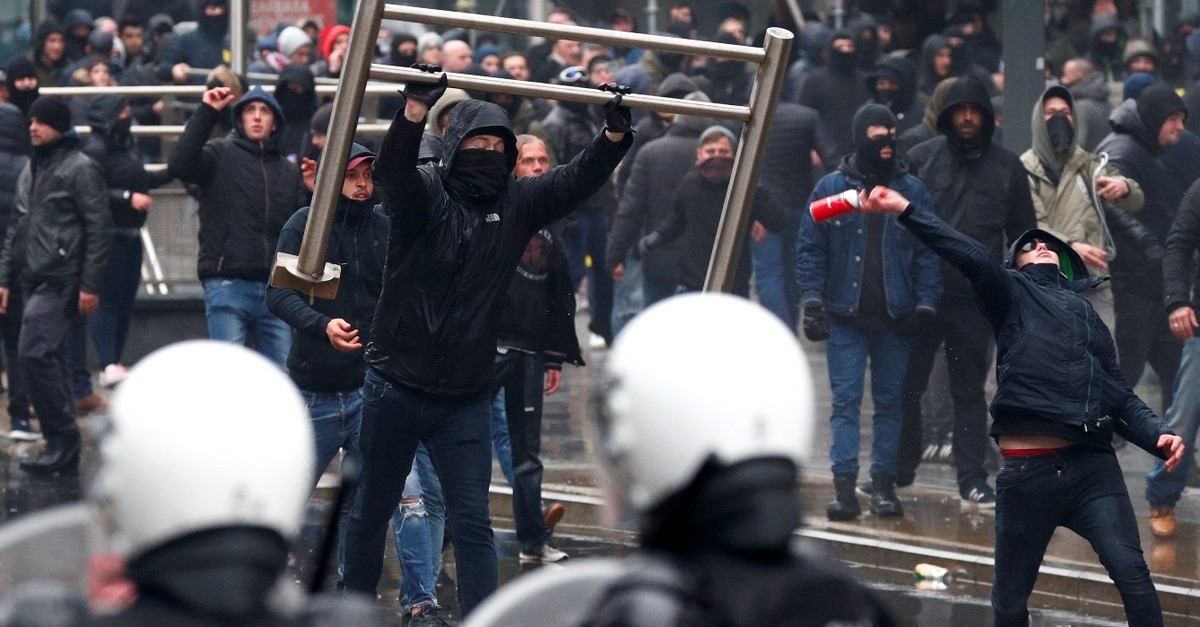 The rise of far-right movements poses an increasing threat to the Turkish community in Belgium, as they face systematic discrimination and suffer from racism

The majority of the Turkish community in Belgium left their homeland in the 1970s and helped Belgians rebuild the country with great sacrifices. However, they are now being targeted in an institutionalized manner by racism and discrimination, as in the Netherlands, Germany and Austria, where political parties from both right and left wings look for ways to pick on a minority community to gain some votes using populist rhetoric. In the past several years, many Belgian political parties went beyond criticizing domestic Turkish politics and geared up their discomfort at Turks living in Belgium. Some even called for banning these people, some of who lost loved ones as they dug tunnels and shaped the infrastructure of modern Belgium, from participating in Turkish elections.

The reason was simple: Around three-quarters of them supported Turkish President Recep Tayyip Erdoğan and expressed their deep-rooted connections to the homeland. It was not an easy step, and banning Turks would also mean banning others too. Tens of thousands of Dutch and French nationals cast their votes in Belgium.

Belgium's far-right New Flemish Alliance (N-VA) recently left the coalition government to object to a non-binding U.N. migration pact and to further boost its foothold in the country's political sphere. As May general elections near, the anti-Muslim nationalist party has stepped up efforts to pick on the Turkish community, which suffers much discrimination in the country. Flemish nationalists came up with a documentary on the Grey Wolves (Ülkücüler in Turkish), Turkish nationalists, in Belgium. The video, which was produced and shared by the N-VA, shows recordings of some Belgian politicians that go to a cafe mostly attended by Grey Wolves to ask for votes. The visit was secretly recorded for the documentary. The Turkish community watched the video with laughter and many said: "Why the secret recording? As if these people are members of a terrorist organization. Have they ever hurt anyone?"

Turkish nationalists indeed have not caused trouble in the country and have faced many attacks by members of the terrorist PKK. The documentary also has a great deal of incorrect and distorted information. A year after moving to Brussels, a local Turk called me and said there was an "explosive device" found in front of the Belgian-Turkish Federation, which has ties to Turkey's Nationalist Movement Party (MHP). After going to the scene, Federation Chairman Ömer Zararsız was frustrated by the courage that PKK supporters were getting from Belgian politicians. He recently spoke to Belgian news magazine Knack, saying that he is fed up with the negative coverage of the Grey Wolves and that they want to build bridges, not polarization. "I have a Belgian passport, and I feel at home here. But our heart is also in Turkey." N-VA party leader and the Mayor of Antwerp Bart De Wever recently accused the Muslim population of "creating tension" in the country. Zuhal Demir of N-VA also regularly picks on the Muslim community and the Turkish minority in the country. She has said that the state may opt to use "force" to integrate Muslims into society.

While legal parties are fueling hatred in society, the toxic atmosphere leads extremist groups to gain more members each day. The Belgian Intelligence Service (VSSE) reported that in Western Europe the extreme right is changing, with some right-wing leaders calling for their militants to receive training in weapons handling and acquire guns through both legal and illegal means. The information is based on the agency's research in 2018.

"In Belgium, Schild en Vrienden is one of the most successful expressions of the identity movement. However, the issue is a delicate one," says the report. Indeed, the VSSE is on record, saying that the Belgian movement attracts individuals with very diverse profiles and beliefs - from right-wing conservatism to non-violent democratic ideology, as well as a range of extreme right-wing, racist and denialist views. The media has recently revealed that some members of the N-VA are connected with the Schild en Vrienden. Once this information surfaced, these members were dismissed from the party.