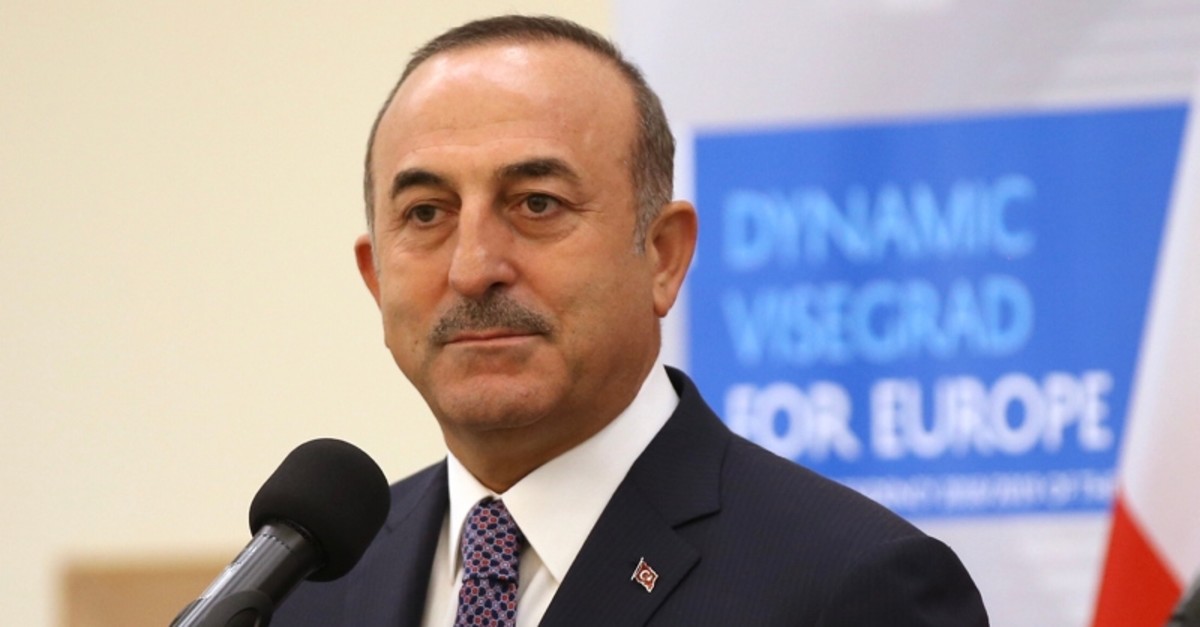 Foreign Minister Mevlüt Çavuşoğlu said yesterday that membership of the European Union is still a strategic goal for Turkey and the EU has to decide whether it will accept Turkey to the bloc.

"Irregular immigration is our mutual problem that we have to deal with accordingly," said the foreign minister, underlining that he has briefed his counterparts on the latest developments and Turkey's efforts in order to find a sustainable solution in Syria along with the topics of Idlib's status, U.S. withdrawal from Syria, preparations of the Syrian constitution and the return of Syrians to their home.

"This is not only Europe's problem but [the] whole globe," said Çavuşoğlu, underlining that the securitization of the problem and non-humanitarian approaches to Syrian refugees would not be enough to solve the problem. He also said that the refugee deal signed by Turkey and the EU is significant under these circumstances and both sides continue to work accordingly.

"The war on terror without any double standards is also crucial," said Çavuşoğlu, emphasizing Turkey-EU cooperation in the context of the fight against terror.

Underscoring Turkey's commitment to the EU accession negotiations Çavuşoğlu said that there are still political barriers in front of Turkey's membership. "Turkey is ready to meet with the articles that are required. After the elections the reforms are our priority but we have to avoid political obstacles. This is our main problem" he continued.

Stating that some EU countries are categorically against Turkey's membership Çavuşoğlu said, "Some think in way that Turkey is a big country with a population of 82 million. Thus Turkey will have more seats than other countries in the European Parliament. Some others think that Turkey is a country where the majority is Muslim. If EU is a religious union that is fine. If the EU does not want to share power with another country that is fine too. We comprehend that there is a balance between Germany and France but they omit Turkey's contribution to the union. EU membership is still a strategic goal for Turkey. However the EU has to decide whether will accept Turkey to the Union."

Turkey applied for EU membership in 1987 and accession talks began in 2005. But negotiations stalled in 2007 due to objections by the Greek Cypriot administration on the divided island of Cyprus as well as opposition from Germany and France. Turkey has repeatedly complained of political hurdles, discrimination, and double standards standing in the way of its joining the EU.

Çavuşoğlu said following the March 31 local polls, Turkey is ready to negotiate any chapter and meet any conditions and the standards.

"Now, the reform is a priority for Turkey, but we should avoid political obstacles, he added.

Speaking on a deal with Russia to buy S-400 missile defense systems, Çavuşoğlu said Turkey had had an urgent need to acquire such systems.

"For at least decade, Turkey has tried to purchase such systems from its allies, including the U.S.," he said.

Recalling a remark by NATO Secretary-General Jens Stoltenberg who has said any NATO ally can buy defense systems from any country.

"If we can buy [it] from our American allies or from France or from Italy, we will, of course, do that. Otherwise we have to buy [it] from somewhere else."

Washington has balked at Turkey's purchase of the Russian S-400s.

Rising of far-right in Europe

On the rise of extreme-right in Europe, Çavuşoğlu the far-right ideologies or political parties were a threat to every value the EU cherished.

"Therefore, this is not only a concern for Turkey or the others. It should also be a concern for all the EU member states or and the European countries," he added.