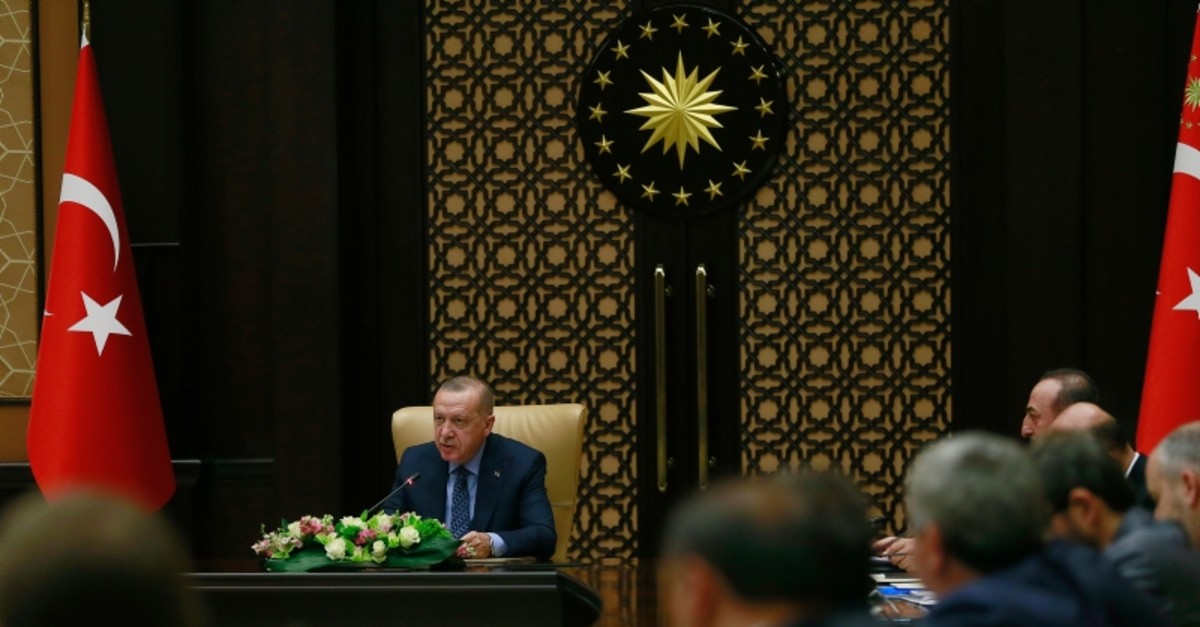 Turkey will continue working toward its strategic goal of becoming a full member of the European Union, President Recep Tayyip Erdoğan said Thursday, underscoring that without Turkey the bloc is doomed to fail in its assertion that it represents its founding values.

Speaking at the Reform Action Group meeting, Erdoğan said the EU needed Turkey more than Turkey needs the EU, reasserting that Ankara will proceed on its way persistently despite those trying to exclude it from the European family.

He stressed that Turkey had been struggling to become a full member for the last 60 years, but the West had come up with an excuse every time.

Noting that it has been 20 years since Turkey was officially declared as a candidate state in Helsinki, Erdoğan said that there must be efforts to revive the "Helsinki spirit."

The president added that Turkey's priority is to enhance the basic rights and freedoms of its citizens. "If necessary, we would rename the steps that must be taken for these [enhancement of the rights], changing it from Copenhagen to Ankara," he said.

On the topic of visa liberalization, Erdoğan said Turkey will see how sincere EU is in its promises when it fulfills the six criteria remaining out of 72.

The visa liberalization process was launched in December 2013, after eight years of blockage by EU countries since accession talks began with Turkey in 2005. Yet, the process has sluggishly progressed for three years. However, on March 2016, Turkey and the EU signed an agreement to stem the influx of refugees to Europe in exchange for "acceleration of the implementation of the visa liberalization road map."

The deal also foresaw visa requirements for Turkish citizens to be granted at the latest by the end of June 2016 upon the fulfillment of 72 benchmarks by Ankara. Yet, the process was halted by the Gülenist Terror Group's (FETÖ) coup attempt in July 2016. Following the lift of the state of emergency in July and recent normalization in EU-Turkey ties, visa liberalization talks gained momentum, with both sides meeting in November to discuss the upcoming process after a long break.

Regarding modernization of the customs union, Erdoğan said that it would not only benefit Turkey but also the union and studies on the matter prove this.

"We need to escalate reforms that would liven up our economy," the president added.

Erdoğan also criticized EU member states for their attitude toward Turkey's concerns over its national security.

"From protecting terrorists that fled our country to granting asylum to FETÖ officials that plotted the failed July 15 coup, they have done things that contradicts the spirit of alliance," the president said.

"We witnessed shameful moments when faces of terrorist leaders adorned the walls of European Parliament," Erdoğan said, referring to an exhibition hosted by EP in 2017 that included a picture of PKK terror group's jailed leader Abdullah Öcalan.