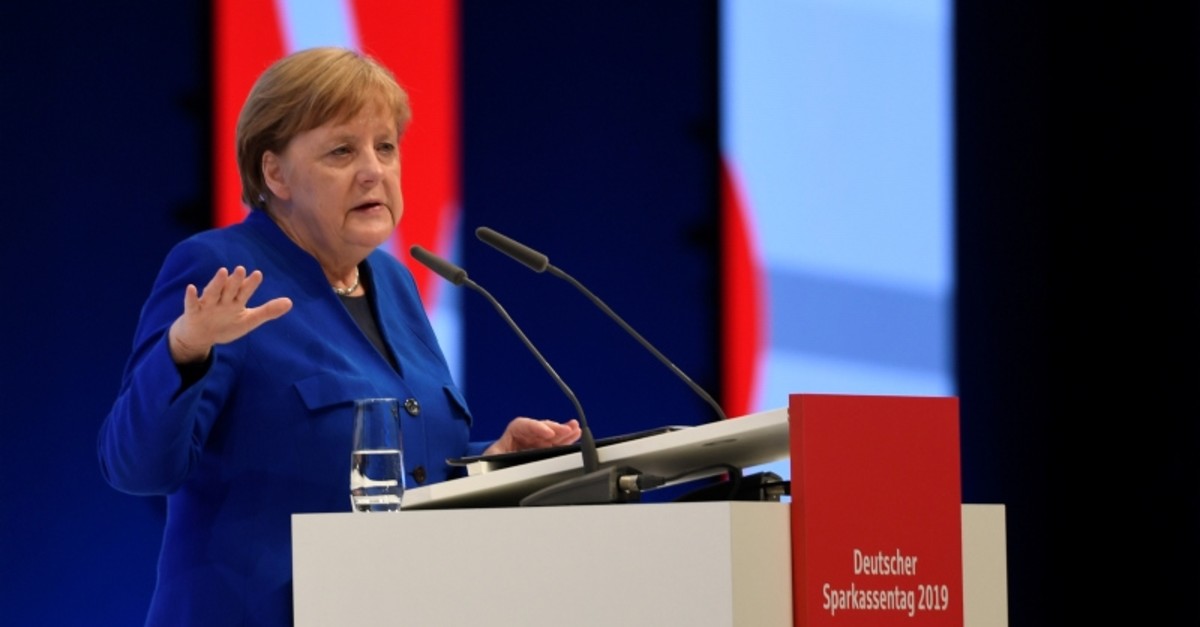 German Chancellor Angela Merkel delivers her speech at the annual meeting of the German Sparkasse bank (Deutscher Sparkassentag) in Hamburg, Germany May 15, 2019. (Reuters Photo)
by Anadolu Agency May 16, 2019 12:07 pm

Chancellor Angela Merkel has underlined strategic importance of Turkey for Germany Friday, despite persistent political differences between Berlin and Ankara.

"Our political values differ in many areas and yet we have common interests," Merkel said in an interview with the daily Suddeutsche Zeitung.

She highlighted Turkey's important role for a political solution in Syria and in fight against terrorism, as areas where both countries share common interests.

"Foreign policy is always conducted as a mixture of values and interests, and one also needs to find the right balance here," she said, dismissing criticism by German opposition parties about her government's Turkey policy.

"The current developments after the local elections do not make it more likely that Turkey will join the European Union," she said, adding that she has always been skeptical about a full membership perspective, but favored "special relations" between the EU and Turkey.

However, Merkel also supported the continuation of accession talks in an open-ended way, as this was promised to Turkey in 2005, before her Christian Democrats (CDU/CSU) came to power in Germany.

Turkey's EU membership process has long been a divisive issue in German politics, as Social Democrats have backed a full membership perspective but Christian Democrats favored a special partnership with Turkey.

Ahead of next week's European Parliament elections, German conservatives and their lead candidate Manfred Weber launched a campaign against Turkey's EU membership.

Weber is bidding to become the European Commission president after Jean-Claude Juncker, whose term will end in October.