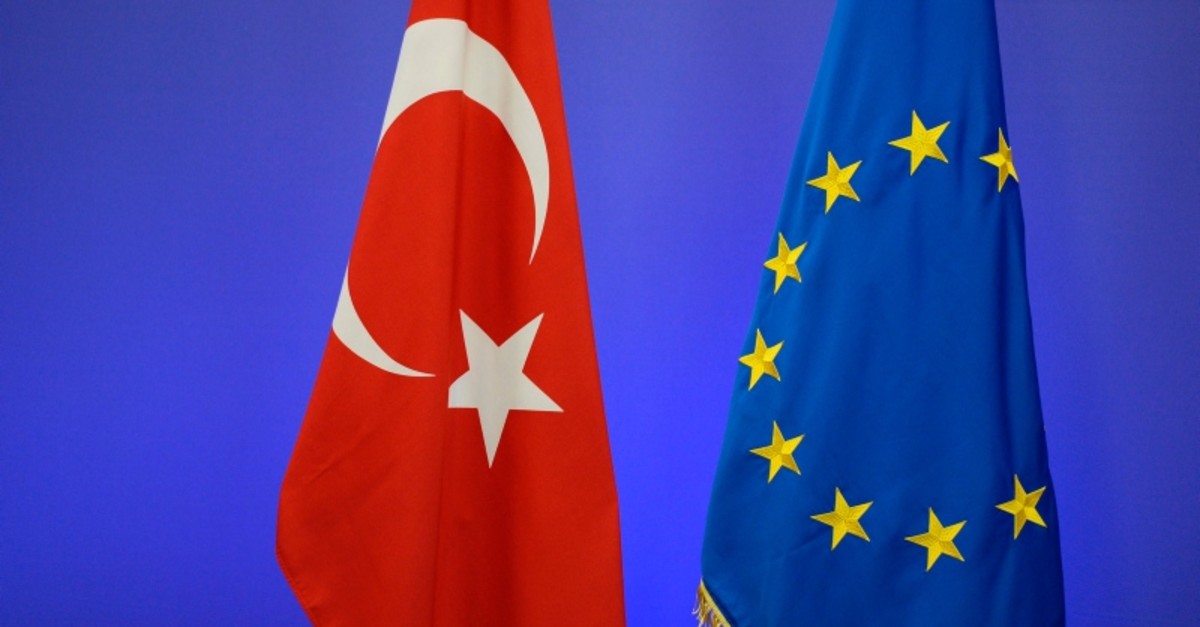 | AFP Photo
by Daily Sabah with AA Sep 13, 2019 7:02 pm
Turkey and the European Union held a political dialogue meeting on the political directors level on Friday in EU capital Brussels, according to diplomatic sources.

The sources who spoke on condition of anonymity said the Turkish delegation was headed by the Deputy Minister of Foreign Affairs and Director for EU Affairs Faruk Kaymakcı. Deputy Secretary General of the European External Action Service Jean Christophe Belliard and the Director General for Neighborhood and Enlargement Negotiations of the European Commission Christian Danielssonhe led the EU delegation during the meeting.

The sides discussed the Turkish accession negotiations process, financial cooperation, visa liberalization process, upgrade of the customs union, as well as other main items of Turkey-EU agenda, such as counter-terrorism and migration.

During the meeting, both parties also stressed that the increase of dialogue and cooperation between the EU and Turkey is not only important for the sides, but it is also significant for establishing peace and welfare in a wider geography.

Signing a partnership agreement with the European Economic Community (EEC) in 1963, Turkey applied for the EU membership in 1987, became a member country in 1999 and accession talks began in 2005. But negotiations stalled in 2007 due to objections of the Greek Cypriot administration on the divided island of Cyprus as well as opposition from Germany and France. Ankara, which maintains the strategic goal of EU membership, has been calling for some time now for the EU to conclude the process either way instead of stalling.