Turkey blasts European Parliament over its position on Syria op 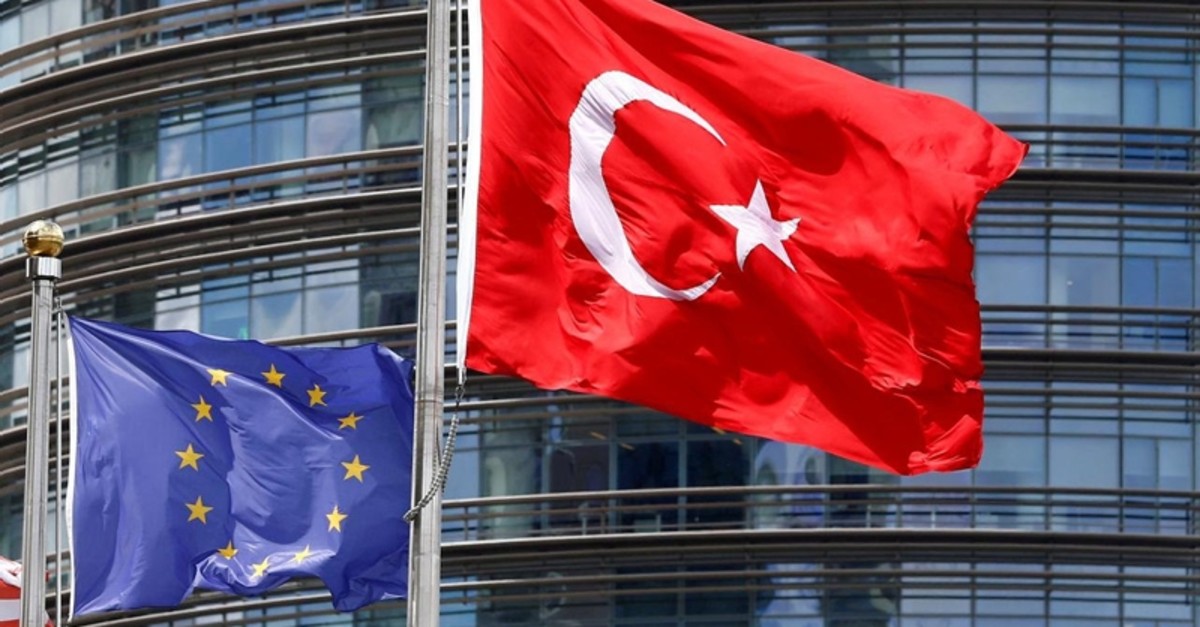 European Union, left, and Turkish flag fly outside a hotel in Istanbul, Turkey, May 4, 2016. (Reuters Photo)
by Daily Sabah Oct 24, 2019 3:19 pm
Turkey’s Foreign Ministry slammed the European Parliament on Thursday, harshly criticizing its stance on Operation Peace Spring.
The reaction came in response to a resolution passed earlier in the day by the EP condemning the Turkish anti-terror operation in northern Syria and calling for sanctions.
“We absolutely reject the attitude of the European Parliament (EP) on Operation Peace Spring. We are not surprised by this decision taken by a Parliament constantly hosting terrorists,” the ministry said in a statement.
Ankara reminded MEPs that the operation was conducted in line with the country's right to self-defense borne out of international law and U.N. Security Council resolutions.
“The legitimacy of this operation was confirmed by agreements (Turkey) made with the U.S. and Russia,” the statement said.
The ministry also said Turkey refuted or provided information to the international community and foreign counterparts on claims included in Thursday’s resolution.
“The EP, which despite all our explanations adopted a decision inconsistent with the facts, pressed on with its biased attitude toward Turkey lacking common sense,” the statement said.
“The decision shows that the EP cannot properly follow important developments in the regional and global arena, objectively evaluate causes and consequences, and develop sound and relevant strategies,” it added.
Ankara also slammed the EP and the EU for “taking shortsighted decisions instead of expressing gratitude” to Turkey for the operation that aims to eliminate terror threat, secure Syria’s territorial integrity, prevent more illegal migration and ensure safe return of Syrian refugees to their homeland.
Turkey launched Operation Peace Spring, the third in a series of cross-border anti-terror operations in northern Syria targeting terrorists affiliated with Daesh and the PKK's Syrian offshoot the People's Protection Units (YPG), on Oct. 9.
The operation, conducted in line with the country's right to self-defense borne out of international law and U.N. Security Council resolutions, aims to establish a terror-free safe zone for Syrians return in the area east of the Euphrates River controlled by the U.S.-backed Syrian Democratic Forces (SDF), which is dominated by YPG terrorists.
The PKK — listed as a terrorist organization by Turkey, the U.S. and the EU — has waged a terror campaign against Turkey for more than 30 years, resulting in the deaths of nearly 40,000 people, including women, children and infants.
Last week, Ankara agreed to pause the operation following high-level talks with the U.S. as Washington promised to ensure withdrawal of YPG terrorists from the Turkish-Syrian border. On Tuesday, Turkey and Russia reached an agreement to establish a terror-free safe zone near the Turkish border in Syria.
Last Update: Dec 20, 2019 1:13 am
RELATED TOPICS