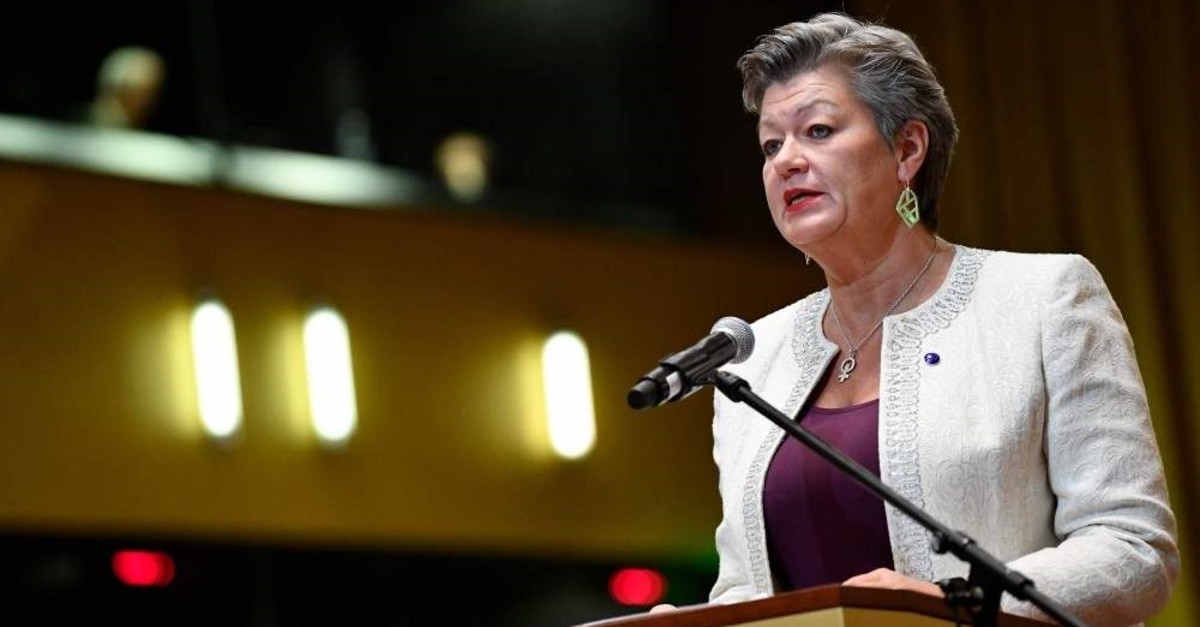 The European Union has rejected criticism that the bloc did not fulfill its commitments of financial aid for Syrian refugees promised within the Turkey-EU migration deal, despite Ankara's claims otherwise.

Speaking to AFP in Croatia's capital Zagreb, Ylva Johansson, European commissioner for home affairs, said Thursday that criticism that the EU failed to deliver promised financial aid for Syrian refugees to Turkey does not reflect the truth.

Describing such claims as "unfounded," Johansson said: "The deal was signed with the Turkish side. They also know the deal very well."

The March 2016 agreement signed by Turkey and the EU is intended to reduce the number of illegal migrants embarking on the dangerous Aegean Sea route and to find a solution for the influx of refugees heading to the European bloc countries.

According to the deal, Turkey was promised a total of 6 billion euros in financial aid, which was initially designed to be given to the country in two stages and to be used by the Turkish government to finance projects for Syrian refugees. Visa freedom for Turkish citizens was also a perk of the agreement. Lastly, the customs union was to be updated.

In exchange for these promises, Turkey took responsibility for discouraging irregular migration through the Aegean Sea by taking stricter measures against human traffickers and improving the conditions of Syrian refugees living in Turkey. Despite significant developments in the control of migration traffic, the EU did not deliver on its commitments stated in the deal.

Although the first stage of funding was provided to Turkey, the EU has yet to fulfill the second stage and other provisions of the deal such as the visa-free deal for Turkish citizens and updating the customs union. Turkey currently hosts some 3.6 million Syrian refugees, more than any other country in the world. Ankara has so far spent $40 billion on the refugees, according to official figures.

Ankara also has frequently criticized the lack of financial and humanitarian support from the international community for refugees living in the country and has warned the European countries about new possibilities of migration waves.

As a response to the lack of humanitarian and financial aid from the international community, President Recep Tayyip Erdoğan warned European countries that Turkey could not handle a new migration wave and will have to open the doors of its borders allowing a refugee influx towards Europe in case of such a migration wave.

This week, Foreign Minister Mevlüt Çavuşoğlu also said that the EU did not deliver 3 billion euros of promised financial aid yet.

On the other hand, the EU claims that they have fully mobilized the 6 billion-euro operational budget for refugees in Turkey, in line with its commitment to the implementation of the 2016 deal. Saying the transfer of money is made based on the contracted projects, the union disbursed 3 billion euros so far. This number is expected to grow to 4 billion euros by the end of 2020. The full amount is expected to be paid by 2025 at the latest.

The EU Facility for Refugees in Turkey supports refugees and hosts communities by financing projects in education and health care as well as projects that improve infrastructure and develop the economy. As stated on the European Commission website, the facility is a key component of the EU-Turkey deal of March 2016 and provides assistance to refugees and host communities in the areas of basic needs such as education, health, socioeconomic support, protection and municipal infrastructure. The facility also provides a joint coordination mechanism – designed to ensure that the needs of refugees and host communities are addressed in a comprehensive and coordinated manner.