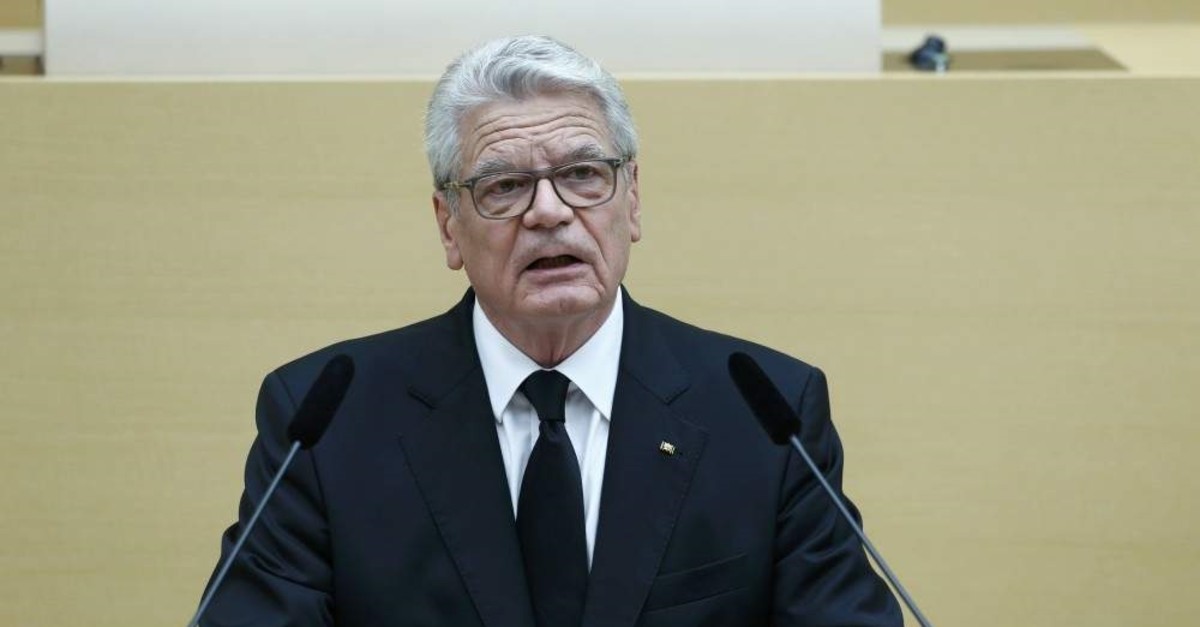 Germany's former President Joachim Gauck called for closer cooperation between the European Union and Turkey to address common challenges, including the refugee crisis.

"In Europe, we are in a difficult position, and we require certain support from [Turkish President Recep Tayyip] Erdoğan," Gauck told German press agency DPA ahead of Chancellor Angela Merkel's visit to Istanbul on Friday.

Gauck, who served as Germany's president from 2012 to 2017, voiced support for the 2016 EU-Turkey refugee agreement and backed further financial support for Syrian refugees hosted by Turkey.

"If one meets Turkey's expectations for financial support in this field, that would be good," he said.

Germany, which hosts nearly a million refugees from Syria and Iraq, has been a key supporter of the 2016 EU-Turkey refugee deal, which discouraged irregular migration and improved the living conditions of Syrian refugees in Turkey.

The agreement has been successful in significantly reducing illegal migration across the Aegean and preventing the loss of many lives. But the EU's bureaucratic hurdles and delays to mobilize promised funds have led to sharp criticism by Turkish politicians.

The 28-member bloc promised 6 billion euros ($6.6 billion) of aid from 2016-2019 to improve the living conditions of Syrian refugees in Turkey. But so far, only 3.71 billion euros were contracted and 2.57 billion euros disbursed.

Turkey currently hosts some 3.6 million Syrian refugees, more than any other country in the world. Ankara has so far spent $40 billion on the refugees, according to official figures.