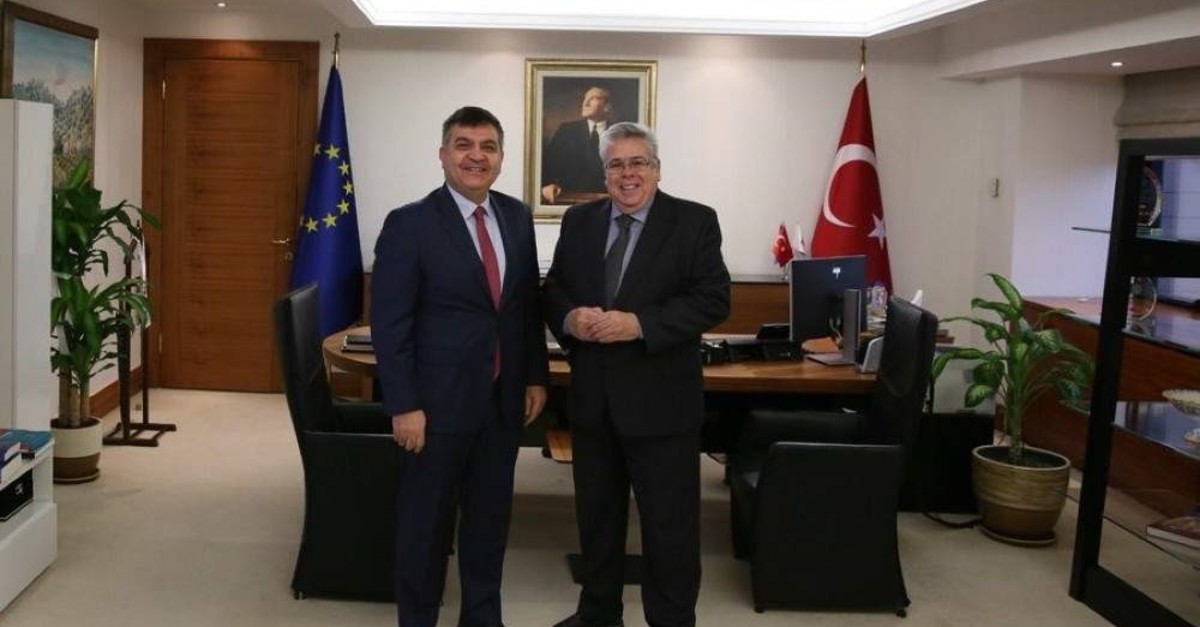 Amor, a Spanish politician who took over the post from Kati Piri in late 2019, paid his first official visit to Ankara. Criticizing the EU for being subjective on their progress reports, Turkish officials emphasized the necessity to make on-the-spot examinations during the preparation period of the reports, referring to the weak response by EU countries on the July 15, 2016 coup perpetrated by the Gülenist Terror Group (FETÖ). Amor said that as a Spanish citizen, he knows very well what a military coup means, adding that the U.S. regarded it as an internal issue when a military coup took place in Spain.

Turkish officials also underlined that EU should deliver more support to Turkey's fight against terrorist groups including FETÖ, PKK and its Syrian affiliate YPG. Responding to the criticism, Amor said there is no doubt that the PKK is a terrorist organization; however, that there are different views on the YPG within the bloc.

Turkey has also criticized the EU countries for indifference toward the PKK's terrorist activities within EU borders even as they declare that the PKK is a terrorist organization.

Amor also visited the area in the Turkish Parliament, which was bombed during the July 15, 2016 coup attempt by FETÖ-linked pilots and placed a wreath.

As a result of the coup attempt, 251 civilians died, and over 2,200 were wounded. During that night, Gülen-linked soldiers ran over people with tanks, directly shot at them and bombed many governmental buildings including the Parliament, the Presidential Complex and the headquarters of the National Intelligence Organization (MIT).

Amor replaced Piri in October 2019 after the Commission of the EU Parliament approved his nomination. Elected to the European Parliament in 2019, Amor is a member of the Spanish Socialist Workers' Party.

His predecessor Piri had previously said that the PKK is not a threat to the EU despite the fact that it has been proscribed as a terrorist organization by Turkey, the U.S. and the EU.

In its more than 30-year terror campaign against Turkey, the terrorist organization has been responsible for the deaths of 40,000 people, including women, children and infants.