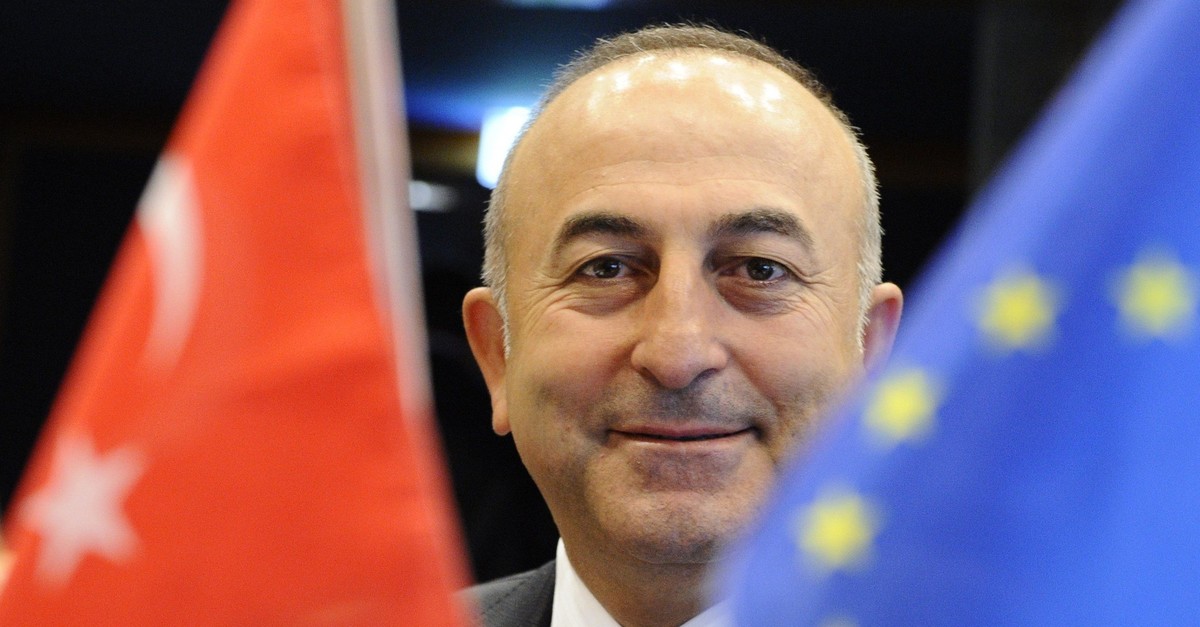 Çavuşoğlu sent a letter to High Representative of the Union for Foreign Affairs and Security Policy Josep Borrell, Commissioner for Neighborhood and Enlargement Oliver Varhelyi and Gordan Grlic-Radman, Croatia's minister of foreign and European affairs, urging officials to reconsider the enlargement policy.

The Turkish foreign minister highlighted the importance of the method used by the EU during accession negotiations, which he said will have an impact on the regional and global role of the bloc in the future.

He continued by noting that the politically-motivated obstacles put forward by the EU significantly damage the credibility of the accession process, as he touched upon the importance of holding accession negotiations in an accessible manner.

Çavuşoğlu's letter also said accession negotiations should be based on the mutual interests of the EU rather than the national interests of some member states.

Turkey's journey to becoming a member of the EU has seen numerous ups and downs in the last 50 years. Turkey has always been open to cooperation, doing its part within the bounds of its capabilities in negotiations, which started in 1963 with the Ankara Agreement. Yet Turkey has been waiting for membership for decades with the EU continuously dragging its feet.

After a long interim period, Turkey signed the European Constitution in 2004, leading to negotiations for full membership to be launched in 2005, when the Justice and Development Party (AK Party) was enjoying its first term in power.

However, negotiations stalled once again in 2007 due to objections to opening chapters by the Greek Cypriot administration on the divided island of Cyprus.

Turkish officials have criticized the EU for a number of factors, including the bloc's indifference to Turkey's anti-terrorism operations, a lack of solidarity following the deadly FETÖ-led coup attempt in 2016, a lack of outside assistance on the migration issue and the bloc's failure to adhere to agreements.

Turkey has been preparing a new initiative to accelerate the accession process to the EU. Accordingly, Turkey will complete regulations for six more chapters, including the fight against terrorism. Relations between Turkey and the EU entered a complicated period due to the EU's negative stance against Turkey following the July 2016 failed coup. Emergency measures taken by Turkey following the coup attempt drew negative criticism from the EU.