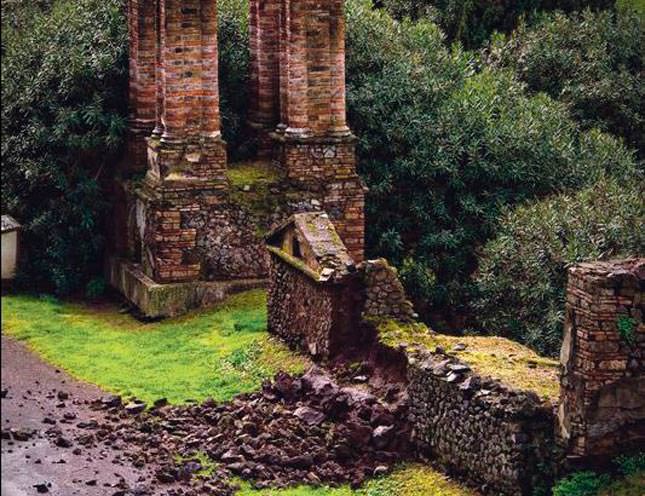 by Mar 05, 2014 12:00 am
Pompei (AFP) - The temple of Venus and walls of a tomb and shop in the long-neglected ruins of Pompeii near Naples have been damaged, possibly due to heavy rain, officials said on Monday.

Custodians found that a two metre wall of an ancient shop in the ruined city, which had recently been restored, had collapsed under the weight of another wall that crumbled onto it. It followed the discovery Sunday that parts of an archway in the temple had fallen off and a wall in the necropolis, the biggest in the ancient Roman city, had tumbled down. The areas affected have been closed off to public.

Italian Culture Minister Dario Franceschini has called a meeting this week to assess the damage and progress made in an EU-backed project to restore the archaeological site. "The news of these collapses comes at a time in which there is an unprecedented vacuum in the management of Pompeii," said Antonio Irlando from the Cultural Heritage Observatory, a non-governmental group that follows work on Pompeii. "For every collapse reported, there are another nine that do not make the news," he said, calling the state of the ancient site "dramatic."

Officials last month reported the completion of the first project under the plan - the restoration of the frescoed House of the Cryptoporticus - but the project has been badly delayed by bureaucracy.

The project is seen as crucial to the survival of Pompeii after a series of collapses at the 44-hectare site in the shadow of Mount Vesuvius, the volcano that destroyed the city in A.D. 79.