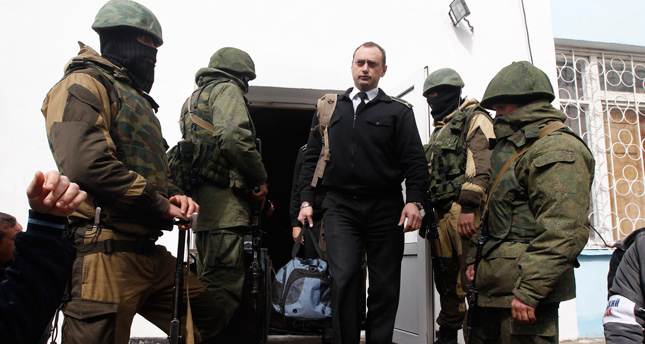 by reuters Mar 19, 2014 12:00 am
SEVASTOPOL, Ukraine – Around a dozen Ukrainian servicemen, unarmed and in civilian clothes, walked out of the Ukrainian naval headquarters in the Crimean port of Sevastopol on Wednesday after it was taken over by pro-Russian forces, a Reuters witness said.

Crimeans voted at the weekend to leave Ukraine and join Russia, and the peaceful handover of military facilities to Moscow's control has been a major concern after one Ukrainian was killed in a shooting at a military facility in Crimea's main city Simferopol on Tuesday.