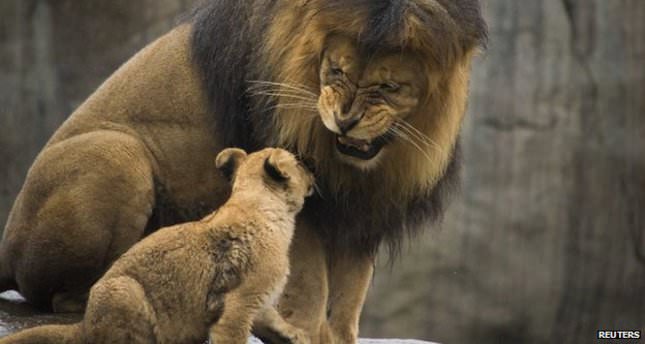 by Associated Press Mar 26, 2014 12:00 am
DENMARK – A Danish zoo on Wednesday defended its decision to kill two aging lions and two cubs, citing the risk of inbreeding and the arrival of a new male.

This week's cull has put the Copenhagen Zoo on the defensive again, a month after it infuriated animal rights activists by killing a healthy giraffe, dissecting it in public and feeding it to the lions.

In a statement, the zoo said it had to put down the lions to make room for the new, nearly 3-year-old male, saying it wouldn't have been accepted by the pride if the older male aged 16 were still around.

"Furthermore we couldn't risk that the male lion mated with the old female as she was too old to be mated with again due to the fact that she would have difficulties with birth and parental care of another litter," the zoo said.

The cubs were also put down because they were not old enough to fend for themselves and would have been killed by the new male lion anyway, officials said.

Zoo officials hope the new male and two females born in 2012 will form the nucleus of a new pride.

They said the culling "may seem harsh, but in nature is necessary to ensure a strong pride of lions with the greatest chance of survival."

In February, the zoo faced protests and even death threats after it killed a 2-year-old giraffe, citing the need to prevent inbreeding.

This time the zoo wasn't planning any public dissection. Still, the deaths drew protests on social media, including an online petition with nearly 50,000 signatures Wednesday calling on the zoo to stop killing healthy animals.

Each year, thousands of animals are euthanized in European zoos for a variety of reasons. Zoo managers saying their job is to preserve species, not individual animals.