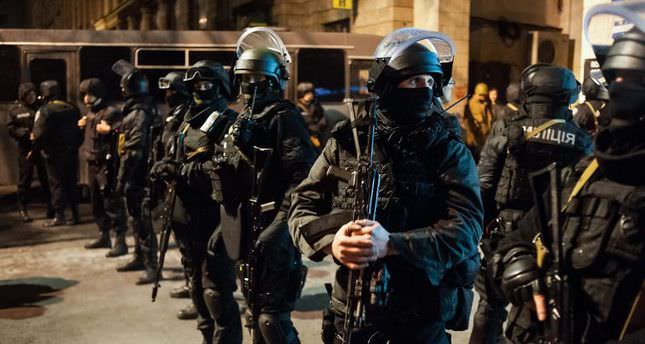 by Apr 03, 2014 12:00 am
KIEV — Twelve members of Ukraine's riot police have been detained on suspicion of shooting peaceful participants in Kiev's months-long anti-government protests, a spokesman for the General Prosecutor said on Thursday.

The detained members belong to Ukraine's disbanded 'Berkut' riot police, all of them are suspected of mass murder on Institutska Street which leads off from Kiev's Independence Square that witnessed the protests, according to the source.
More than 100 people were killed on the streets of the capital in the run-up to the ouster of Viktor Yanukovich on Feb. 21, the 'Berkut' force have largely been considered responsible.
In the final violent days of the protests dozens of people were picked off by police snipers and general police shooting.
Later on Thursday a special commision is due to hear the results of a preliminary investigation into the deaths of Kiev protestors.