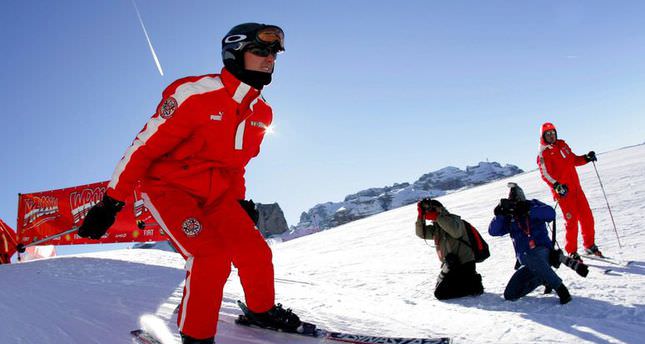 by reuters
Apr 04, 2014 12:00 am
PARIS — Seven-times Formula 1 motor racing world champion Michael Schumacher, who suffered serious head injuries in a December skiing accident, is making progress and showing signs of waking from an artificial coma, his agent said on Friday.


Schumacher, 45, slammed his head on a rock while skiing off-piste in the French Alps resort of Meribel on December 29 last year.
Schumacher, who won a record 91 Grand Prix victories, left the sport last year after a disappointing three-year comeback with Mercedes following an earlier retirement from Ferrari at the end of 2006.
Last Update: Apr 04, 2014 3:04 pm