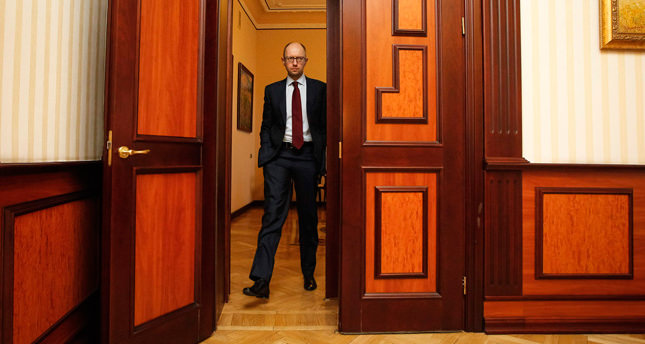 by Apr 05, 2014 12:00 am
MOSCOW — Ukraine's talks with the European Union on the possibility of importing gas from the West to substitute for Russian supplies raises questions about the legality of such a move, the head of Russia's gas monopoly Gazprom told Rossiya 24 television.

Ukraine said on Friday it was urgently seeking ways to import natural gas from the West after Moscow almost doubled its discounted gas tariff for Kiev last week. Ukraine covers half its needs with Russian gas.

One possibility discussed with the EU is "reverse flows", in which EU countries, possibly Slovakia, would send gas back down pipelines normally used to carry Russian supplies through Ukraine to the West.

He said that reverse supplies from Slovakia may not be physically possible, which could mean it would be a "virtual reverse just on paper".

"In particular, I think that European companies that are willing to reverse supply gas to Ukraine should very carefully, very carefully, look at the legality of such operations."

Russia has raised the price to $485 per 1,000 cubic metres, meaning Gazprom charges Kiev about the same as other customers in central Europe. Debt-ridden Ukraine, its economy in chaos, will soon get money from the International Monetary Fund under a new loan package.

"The situation now with the Ukrainian debt is such that the debt has not been paid, current supplies are not being paid and we have not received a single dollar for March (supplies)," Miller said in another interview with the NTV channel.

He told Rossiya 24 the debt had to be settled.

"We cannot supply gas for free," he said. "Therefore, it is necessary to repay the debt and pay 100 percent of what's due for current supplies."