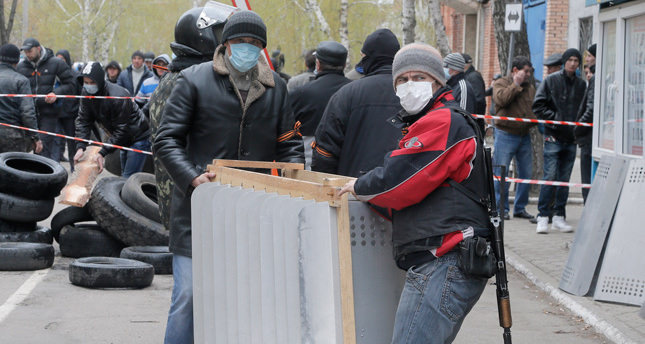 by Apr 12, 2014 12:00 am
DONETSK, Ukraine — Pro-Russian militants have seized a second building in the eastern city of Slaviansk, which houses the local headquarters of the state security service, police said on Saturday.

"The same group has seized the building of the SBU (security service) in Slaviansk," Donetsk regional police said in a statement.