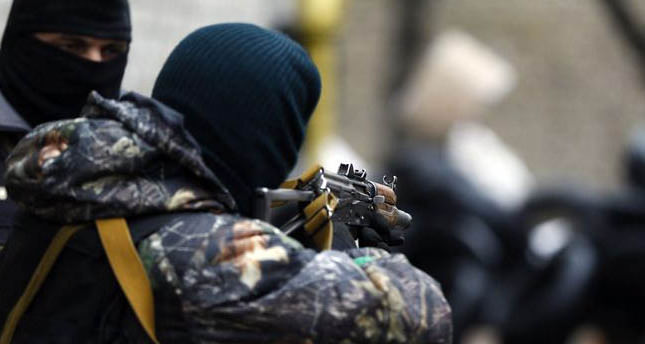 by reuters
Apr 14, 2014 12:00 am
KIEV — Towns in eastern Ukraine on Monday braced for military action from government forces after Kiev gave pro-Russia separatists deadline to disarm and end their occupation of state buildings or face a major "anti-terrorist" operation.

As the deadline passed, in the flashpoint eastern city of Slaviansk, where armed men had seized two government buildings,there was no outward sign the rebels were complying with the ultimatum.

Angered by the death of a state security officer and the wounding of two comrades near Slaviansk, acting president Oleksander Turchinov warned rebels on Sunday that a full-scale security operation, including the army, would be unleashed unless they met the deadline.

The United Nations Security Council held an emergency session on Sunday night, and the United States warned that it was likely to impose further sanctions on the Kremlin if the escalation in eastern Ukraine continues.

In Slaviansk, a town of about 120,000 people where separatists are occupying a three-storey police headquarters and the offices of the state security service, there was tension in the air as people tried to go about their normal daily business.