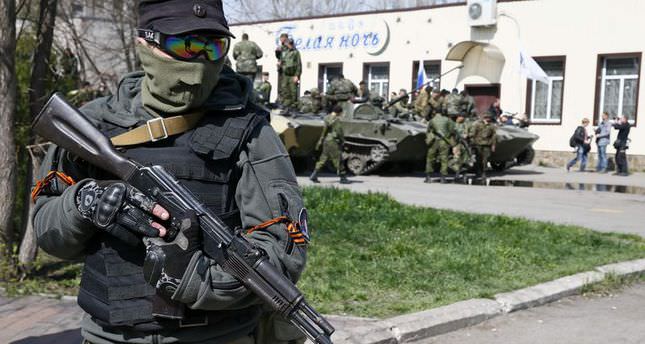 by AA
Apr 16, 2014 12:00 am
SLAVYANSK, Ukraine — Six tanks carrying heavily armed pro-Russian soldiers have entered the eastern Ukrainian city of Slavyansk, where a confrontation between pro-Russian fighters and fighters loyal to the government in Kiev appears to be shaping up.

The tanks, flying the Russian flag and carrying approximately 150 soldiers armed with Kalashnikovs and rocket-propelled grenades, are setting up a cordon in the center of the city, in front of a government building seized earlier by pro-Russian fighters. Forces loyal to the government in Kiev, where the government is vowing to win back control of various administion buidings in eastern Ukraine, have formed up on three sides of Slavyansk. Many residents have left the city.