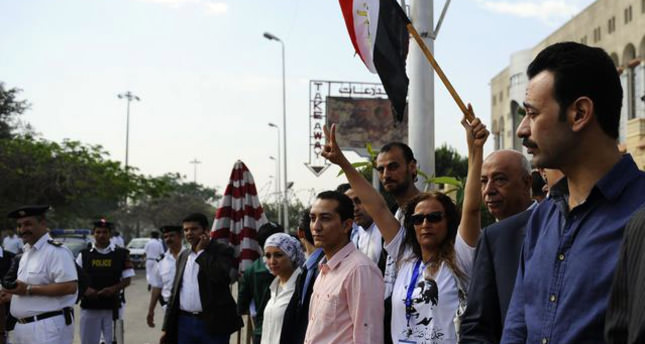 by Apr 19, 2014 12:00 am
CAIRO — Delegation from European Union arrived in Cairo Saturday for monitoring Egypt's presidential election, which are scheduled for May 26 27. The delegation arrived on two groups from Frankfurt and London, a Cairo Airport source said.

The presidential election is part of a transitional roadmap announced upon the ouster by the military of elected president Mohamed Morsi in July last year.

Apart from the referendum on the amended version of the constitution in January, the roadmap also includes presidential and parliamentary elections.