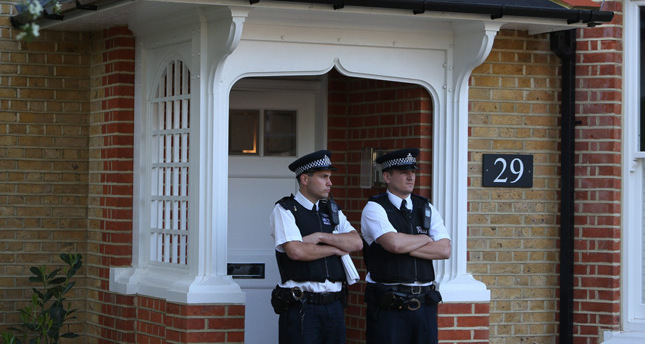 by French Press Agency - AFP
Apr 23, 2014 12:00 am
LONDON — A woman has been arrested on suspicion of murder after three children were found dead at a house in London, British police said on Wednesday.

Officers were called at about 9.30pm (2030 GMT) on Tuesday evening to the large house in New Malden, south of the capital, where they discovered the bodies.

"A 43-year-old woman has been arrested on suspicion of murder and remains in custody at a south London police station," the Metropolitan Police said in a statement.

"Detectives are not looking for anyone else in connection with this incident at this time."