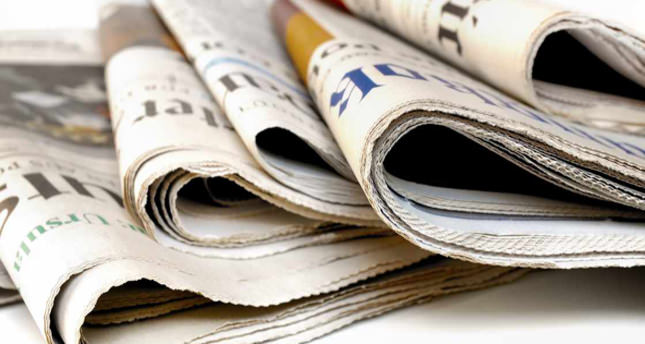 In the statement released earlier on Wednesday, Erdoğan had underlined the "shared pain" endured during the First World War and expressed his condolences to the grandchildren of Armenians who lost their lives "in the context of the early 20th century".

The website of the German daily Tagesspiegel said it was the first time that a Turkish leader had delivered such a statement, but stressed it was not an official apology.

It also emphasized the PM's announcement was released in Armenian and called it an "extraordinary step."

The website of the Süddeutsche Zeitung daily said the statement was "surprising".

German national broadcast Deutsche Welle, commented Turkey has extended its hand to Armenia and named the statement an "unusual gesture."

Meanwhile, France 24 channel said such a statement was "very rare and something that should be underlined".

The Le Monde French daily said it was the first time that PM Erdoğan had talked explicitly about the 1915 incidents, while the 'Le Parisien' daily called the step a "political earthquake."


The Washington Post wrote that Erdoğan's condolences were "remarkable," as the events of 1915 have been spoken of very little.

The Wall Street Journal said Erdoğan delivered a "conciliatory" and unprecedented message as the 100th anniversary of what the
newspaper called the "Armenian Genocide" approaches next year.

''Erdoğan reiterated a long-held Turkish position that the deaths of millions of people during the violence of the period should be remembered "without discriminating as to religion or ethnicity," Reuters reported.

The Guardian newspaper said the events of 1915 have caused an "unpleasant" dispute between Turkey and Armenia.