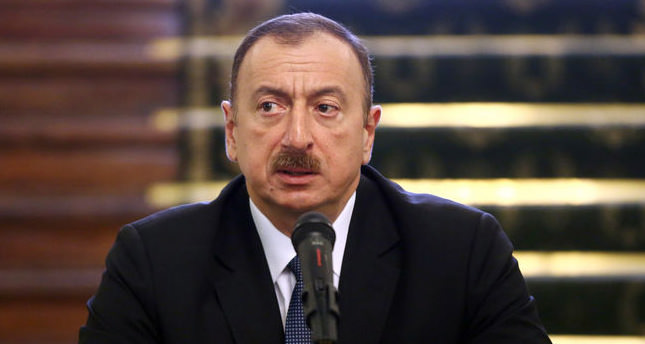 by AA Apr 26, 2014 12:00 am
BAKU, Azerbaijan — Azeri President Ilham Aliyev has backed Turkey against a claim by Armenia's leader that Turkey cannot be a part of the European Union unless it opens its border crossing with his country.

Aliyev said during the EU's Eastern Partnership meeting in the Czech capital of Prague on Friday: "Turkish Prime Minister Recep Tayyip Erdoğan had offered to open archives on the 1915 incidents a couple of years ago. But Armenia did not respond positively.

"Erdoğan has expressed his condolences over the Armenian people who lost their lives. But again Armenia did not reply positively."
He added that Armenia's response to Turkey showed who did not want peace in the region.

The details behind the incidents in 1915 continue to be a contentious issue between Turkey and Armenia which has kept relations sour between the two neighbors.