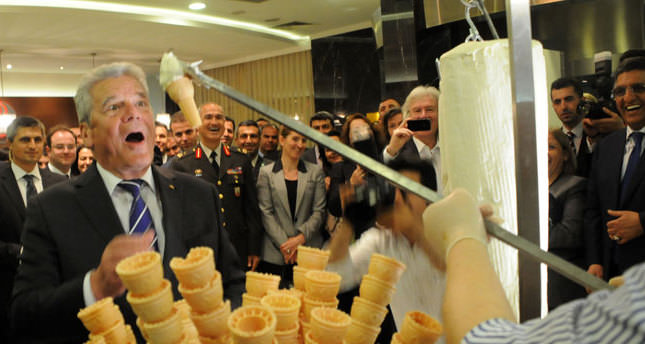 Kahramanmaraş is famous for its thick textured ice cream eaten with a knife and fork. Gauck was in for a show from a group of ice cream makers, as he arrived at his hotel in the city.

The president was in the southern Turkish province of Kahramanmaraş where German troops manning Patriot missile batteries are deployed.

Defense Minister Ursula von der Leyen was in Kahramanmaraş last month and started her visit by savoring ice cream before meeting her compatriots deployed in the city.