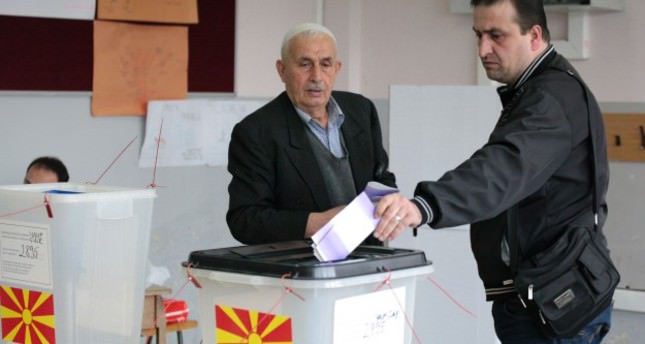 by AA
Apr 27, 2014 12:00 am
SKOPJE, Macedonia - Polling stations opened on Sunday morning in Macedonia as around 1.7 million eligible voters are summoned to elect a new president and parliament.

Voters are eligible to cast their ballots till 7 p.m. local time (1700GMT) at 3,480 polling stations across the country.

The new president will be chosen in a runoff between the incumbent conservative President Gjorge Ivanov and social democrat Stevo Pendarovski.
As the voter turnout was less than 50 percent in the first round, Ivanov could not clinch a victory despite winning 51.6 percent of the votes against 37.5 percent of Pendarovski.
In the runoff phase, a president can only be elected if the turnout is more than 40 percent.
In the country's 8th parliamentary elections, 420 candidates from five coalitions and nine parties will compete for a place in the 123-seat parliament.
Last Update: Apr 27, 2014 2:26 pm