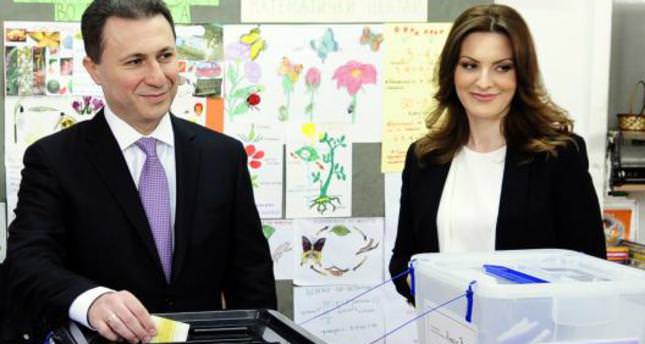 by reuters
Apr 28, 2014 12:00 am
SKOPJE — Macedonia's conservative ruling party has secured a third term in office, winning both parliamentary and presidential elections on Sunday, based on preliminary results of the ballot that the opposition said it would not recognize.

"I can say that our fatherland is in safe hands. Nikola Gruevski remains prime minister and I can also say ... that Gjorge Ivanov remains president," Vlatko Gjorcev, a senior VMRO-DPMNE party official, told reporters and jubilant supporters late on Sunday.

Gruevski, 43, has ruled the landlocked former Yugoslav republic of 2 million people since 2006 in coalition with ethnic Albanian party DUI.

With more than 63 percent of the votes counted, VMRO-DPMNE was leading with 43 percent, compared with 24 percent for the main opposition party, the center-left SDSM, the state electoral commission said.

The DUI had captured 14 percent, setting the ruling coalition on course for a comfortable majority in the new parliament.