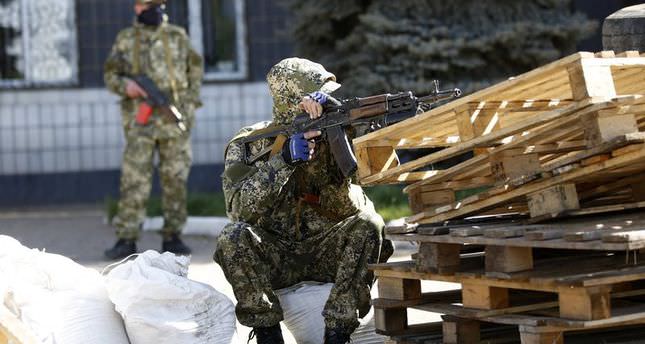 by AA Apr 28, 2014 12:00 am
DONETSK, Ukraine — Armed pro-Russian separatists have reportedly seized a police headquarters in the eastern Ukrainian town of Konstantinovka.

According to the Ukrainian press, dozens of uniformed and masked people occupied a floor at the police headquarters in the early hours on Monday and blocked the building's entrance and exit.

"Negotiations are under way with the local police chief. We do not know what their demands are."