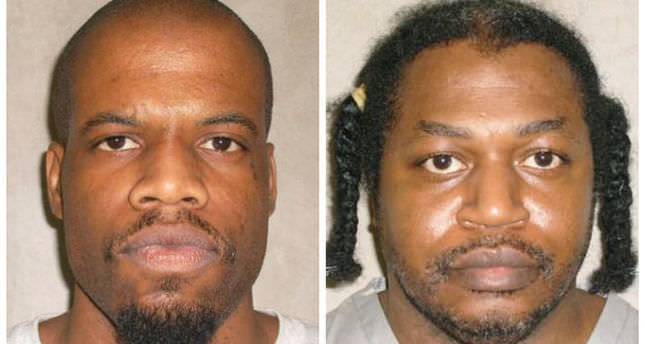 by May 01, 2014 12:00 am
PARIS — France condemned yesterday the botched execution of a death row inmate in Oklahoma who writhed in agony and finally died of a heart attack after a lethal injection went awry. "France condemns the execution of Clayton Lockett yesterday in the state of Oklahoma," said deputy foreign ministry spokesman Vincent Floreani. The country called on authorities in Oklahoma to put a moratorium on the death penalty "with a view to abolishing this punishment, as numerous other American states have done", Floreani added, saying France opposed capital punishment anywhere in the world. Lockett, a convicted murderer and rapist, was administered a new, untested three-drug protocol at his execution Tuesday after European manufacturers refused to sell the most commonly used an aesthetic -pentobarbital - for executions, causing shortages in several US states. He convulsed and mumbled incoherently after receiving the injection and finally died of a massive heart attack 40 minutes later.