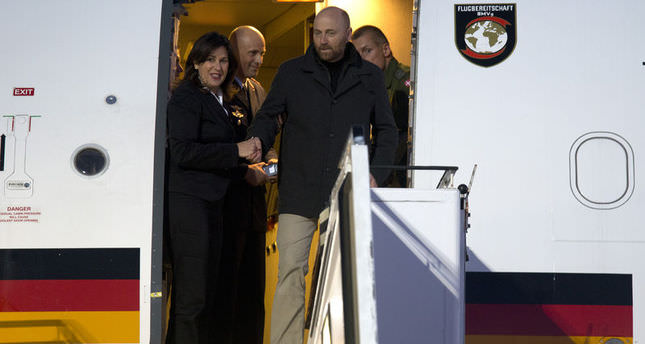 by May 06, 2014 12:00 am
BERLIN — Germany is advising its citizens to leave Ukraine's troubled east and south, citing increasing tension in the region and risks of being detained by separatists.

The Foreign Ministry made the recommendation in updated travel advice on its website Tuesday. It said recent developments suggest that "media representatives face a particular danger of being held or arrested by separatist forces."

Four Germans were among a team of European military observers that were held for more than a week by insurgents in the separatist stronghold of Slovyansk until their release on Saturday.

Germany's foreign minister, Frank-Walter Steinmeier, has called for all sides in the conflict to hold a second diplomatic conference in Geneva. He has urged all to agree to conduct presidential elections to give Ukraine's new leadership "democratic legitimacy."