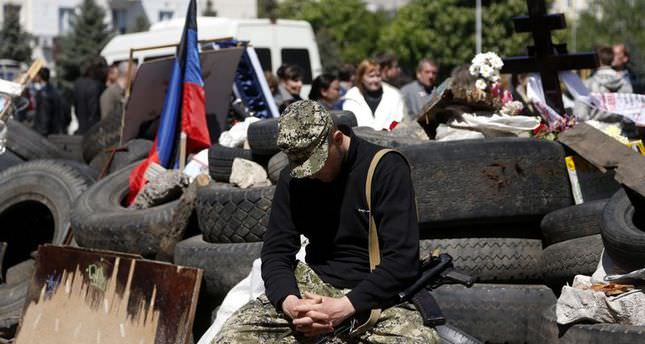 by May 06, 2014 12:00 am
VIENNA — Ukraine is ready to back a new round of talks in Geneva in a bid to de-escalate a political crisis with Russia as long as Moscow supports presidential elections on May 25, Ukrainian Acting Foreign Minister Andriy Deshchytsia said on Tuesday.

"If Russia is ready to commit itself to support these elections and to eliminate this threat and eliminate its support for the extremist elements in Ukraine, we are ready to have such a round of meetings," he told a news conference after a Council of Europe meeting in Vienna on the crisis in Ukraine.

Deshchytsia said his government could support another round of Geneva talks if all the parties agreed to implement any document that would be agreed there. "But ... the priority for Ukraine is to hold the presidential elections."

Russian Foreign Minister Sergei Lavrov said earlier in Vienna it would be "unusual" to hold a presidential election in Ukraine while the government was deploying the army against some of its people.

Lavrov said opposition groups in Ukraine would have to take part in any new round of talks.