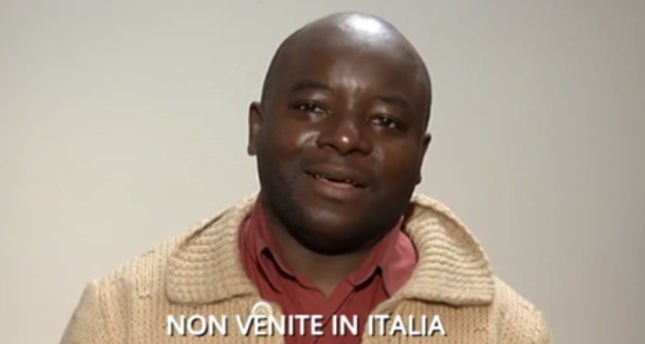 by Anadolu Agency May 09, 2014 12:00 am
ROME — Immigrants living in Italy have released a series of videos in a campaign to tell people thinking about making the same migration not to come due to the country's economic problems.

"This is a country that is going through a very serious crisis. Things have been going badly for years. And even immigrants are feeling the effects," one of the immigrants says in the video.

"Italy, along with Spain and Greece, is one of the poorest countries in Europe. So don't delude yourselves: now Italy can't offer anything to anyone. Don't come here because you will be sentenced to hunger," said another.

The Lombardy-based politician Angelo Ciocca then states "it's for this reason that I, Angelo Ciocca, decided to put myself forward on the Northern League's list for the European Parliament to oppose illegal immigration."

Many in Italy have accused Ciocca of producing the video as a provocation - an allegation he denies.

One Italian journalist also dismissed the videos as useless due to the fact that most immigrants don't come looking for work, but rather to escape persecution in their home countries.