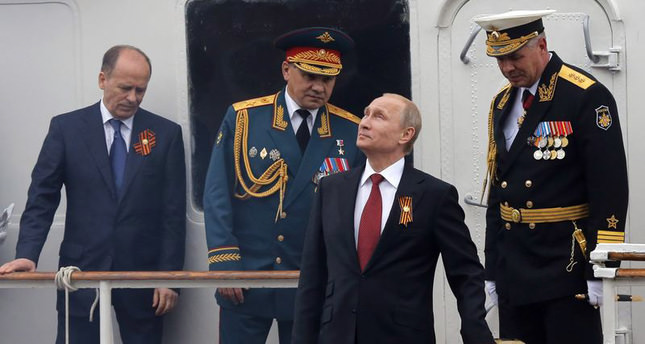 by May 10, 2014 12:00 am
WASHINGTON D.C. — The United States criticized Russian President Vladimir Putin's visit to Crimea on Friday as provocative and repeated the U.S. rejection of Moscow's annexation of the Black Sea peninsula.

"This trip is provocative and unnecessary. Crimea belongs to Ukraine and we don't recognize, of course, the illegal and illegitimate steps by Russia in that regard," State Department spokeswoman Jen Psaki told reporters at her daily briefing.

The United States has not seen a withdrawal of Russian forces from its border with Ukraine announced by Putin earlier this week, the spokeswoman said, urging Moscow to calm tensions.

"We want Russia to take de-escalatory steps. We believe they can influence the actions of separatists on the ground. There is more they can do. And, obviously, President Putin's trip to Crimea is not in the direction we are looking for," she said.

She said there were no firm plans for new meetings on Ukraine between Washington and Moscow. Kerry will be in London next week for talks on Syria -- another topic broached in Friday's call -- and there has been speculation that he could meet Lavrov in Europe.

According to Russia's foreign ministry, in Friday's talk Lavrov called for urgent dialogue, mediated by the Organization for Security and Cooperation in Europe, between Kiev and southeastern regions of Ukraine. Psaki repeated the U.S. view that Ukraine must be represented in any talks about its future.