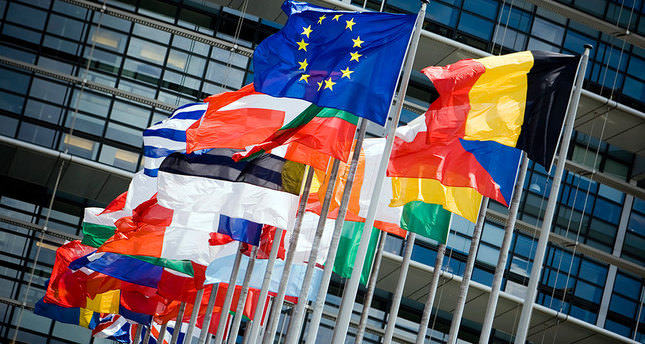 by AA May 12, 2014 12:00 am
BRUSSELS — European Union foreign ministers are meeting in Brussels on Monday to discuss broadening sanctions against Russia, a day after disputed break-away referendums were held in the eastern Ukrainian provinces.

Sunday's referendums in Donetsk and Lugansk Oblasts, where voting was reportedly overwhelmingly in favor of secession from Ukraine, have been denounced as illegal by the European bloc which said it will not recognize the result.

EU foreign ministers are expected to extend the sanctions list against senior Russian officials to target Moscow-aligned companies for the first time, considering their links to Russia's annexation of the Crimean peninsula in March.

The existing sanctions in the form of asset freezes and travel bans have only hit individuals so far, mostly those in Russian President Vladimir Putin's inner circle.

Both the EU and U.S. have already imposed two rounds of sanctions on Russia for its annexation of Crimea, and for, what they say is, Russia's role in fomenting unrest in the east of the country.

However, large companies like Russian energy giant Gazprom will most probably not be included in the extended list at this phase.