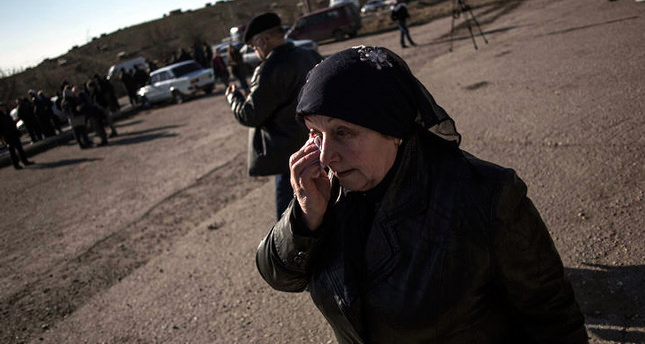 by AA May 13, 2014 12:00 am
VIENNA — Crimean Tatars are in a dangerously unsecure situation and ethnic Ukrainians have become a new focus of concern in the Crimean peninsula, Organization for Security and Co-operation in Europe said in a report on Monday.

"As of 1 April, around 3,000 people, mainly women and children, had fled Crimea after its annexation by the Russian Federation, out of fear for their own safety and future status. Eighty percent of these were Crimean Tatars," according to the report prepared at the request of Ukraine's government.

The report underscored human rights violations such as murder, physical assaults, intimidation and hate speech against pro-Maidan activists and journalists.

"Those in Crimea also included Ukrainian military personnel and members of the Tatar community," it said.

The organization started a monitoring mission to Ukraine on March 3 after tensions rose following Russia's annexation of Crimea.