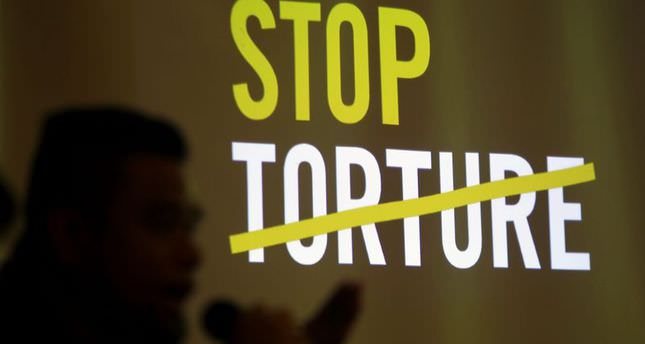 by AA May 13, 2014 12:00 am
LONDON — Amnesty international has accused governments around the world of betraying their commitment on stopping torture.

In a briefing entitled 'Stop Torture', the human rights organisation launched its latest global campaign to combat what it says is widespread torture and other ill-treatment in the modern world, even though it has been 30 years since the Convention Against Torture was adopted by the UN.

In the briefing, Amnesty highlighted a variety of torture techniques, from stress positions and sleep deprivation to electrocution of the genitals and water boarding, used against criminal suspects, security suspects, dissenting voices, political rivals and others.

The organisation said that it would concentrate on five countries in its latest campaign. Mexico, Morocco and Western Sahara, Nigeria, Uzbekistan and the Phillipines.