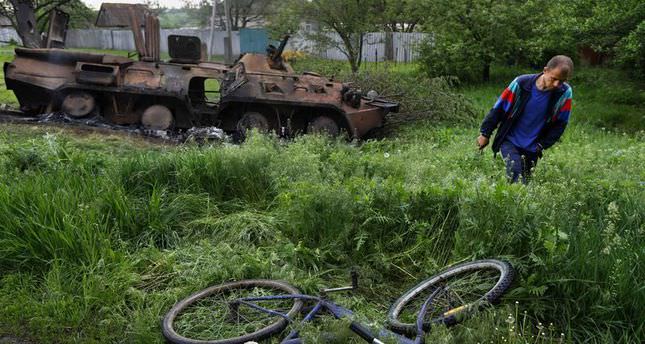 by May 14, 2014 12:00 am
KIEV/MOSCOW — Pro-Russian separatists ambushed Ukrainian troops on Tuesday, killing seven in the heaviest loss of life for government forces in a single clash since Kiev sent soldiers to put down a rebellion in the country's east.

With the uprising and Russia's annexation of Crimea poisoning East-West relations, Moscow retaliated against U.S. sanctions by hitting aerospace projects, including refusing to extend the life of the International Space Station, a showcase of post-Cold War cooperation.

In Kiev, Ukraine's defense ministry and state security service said the troops were killed and seven others wounded when their armored column was ambushed near the town of Kramatorsk, one of several hot spots in the largely Russian-speaking east where the army has had scant success against the rebels.

About 30 rebels, who had taken cover among bushes along a river, attacked with grenade-launchers and automatic weapons near a village 20 km (12 miles) from Kramatorsk, the ministry said in a statement on its website.