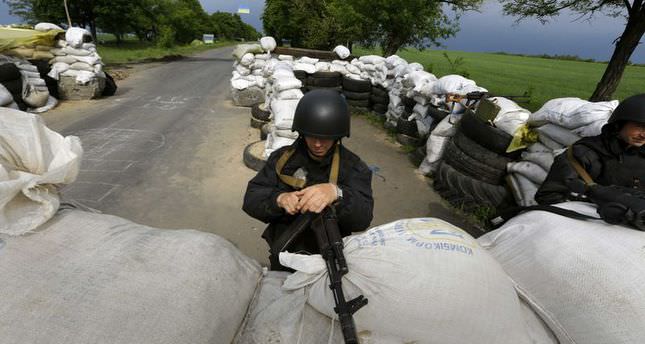 by May 14, 2014 12:00 am
KIEV — Ukrainian politicians and civil groups gathered on Wednesday for talks on how to quell a pro-Russian rebellion in the east, but Kiev's refusal to let separatists take part cast doubt on whether the meeting could defuse the crisis.


The talks come at a tense moment for Kiev. On Tuesday, seven soldiers were killed in an ambush near the eastern city of Kramatorsk, the deadliest attack on security forces since they were sent to tackle the uprising in April.

Voters in the eastern regions of Donetsk and Luhansk backed self-rule in two referendums held on Sunday despite protestations from Kiev, which sees Russia's hand behind the rebellion and denounced the votes as illegal.

After the vote rebel leaders in Donetsk and Luhansk called for their regions to become part of Russia although this call has not been taken up by Moscow.

Participants are expected to explore methods of devolving power to allow greater local autonomy which Kiev hopes will address disaffection in eastern Ukraine.