US releases satellite images of Russian forces near Ukraine 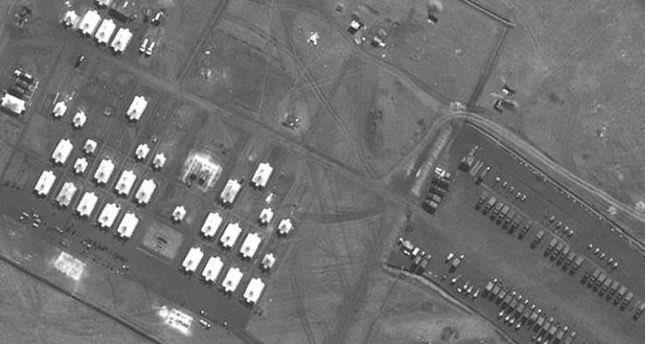 by May 14, 2014 12:00 am
BRUSSELS — The U.S. government released new satellite pictures on Tuesday which it said showed Russian forces were still near the Ukrainian border in recent days, contradicting Russian assertions they had been withdrawn.

President Vladimir Putin announced last Wednesday that the troops had moved, but NATO and the United States both said they had seen no sign of a Russian withdrawal from the frontier.

NATO officials have previously estimated Russia has around 40,000 soldiers close to Ukraine's border, exacerbating the worst East-West crisis since the Cold War.

The commercial satellite photos, published by the U.S. State Department and on the U.S. Mission to NATO's Twitter account, showed what appeared to be about 20 Russian helicopters at Belgorod, near the Ukrainian border, on May 9.

Alongside it, the U.S. government published another image of the same area on March 26, also showing helicopters. An earlier photograph, from March 22, showed no helicopters in the area.

A second satellite photograph, taken in the Rostov area on May 12, within 75 km (50 miles) of the Ukraine border, showed what the U.S. government said was a group of Russian armored vehicles. The vehicles were also there in an earlier picture of the same area, dated March 23.