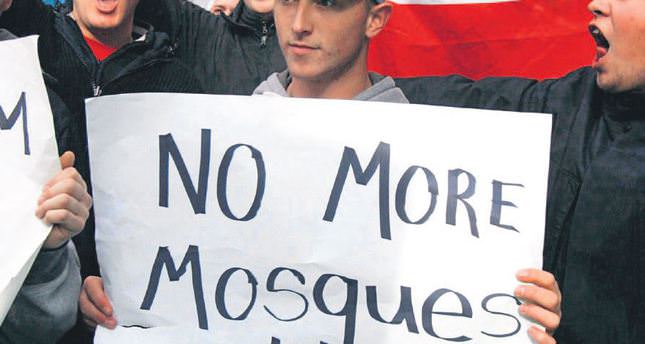 WASHINGTON — The Pew Research Center, which is based in Washington, surveyed European attitudes towards minority groups living within the European Union. The findings indicate that there are considerable negative sentiments among seven European countries about minorities. The survey, which was released on May 12, also indicates that the negative attitudes are more common among people on the ideological right, paving the way for growing concerns over right-wing extremism and Islamophobia in the EU.

According to the survey, people in Italy, Poland and Greece are the most critical of Muslims among the seven European countries.
In Italy, 63 percent of Italians are unfavorable about Muslims living in their country.

In Greece and Poland, the results are almost the same with more than half of those surveyed having negative attitudes towards Muslims. In Spain, 46 percent are critical of Muslim. In addition, the other three countries - the majority in France, Britain and Germany - have been unexpectedly more favorable toward the Muslim population living in their country.

The second part of the survey concludes that people on the right side of the political spectrum among those seven European countries are the most critical of Muslim people living in their countries. The important fact that needs to be focused on is that rising intolerance and negative attitudes towards Muslim people are mostly tied to ideologies with 40 percent of the French on the political right giving Muslims an unfavorable rating compared to 17 percent of those on the political left. In Germany, the situation is seen as almost the same as in France with 47 percent on the right having negative sentiments towards the Muslim population.

More than 50 percentage points in Poland, Greece, Italy and Spain indicates that the political right in those European countries are mostly critical of Muslim communities living in those countries, which is expected to lead to growing intolerance and the rise of rightwing extremism that could threaten the security of the Muslim population living in the EU for many years. The last part of the survey shows that negative attitudes are largely linked to the age factor. The data shows that compared to people under age 30, older respondents are more inflexible about the situation of the Muslim population of Europe.

Taking the results of the survey into consideration, the negative feeling of Europeans toward the Muslim population shows that there has been an apparent flare-up of political and social violence against Muslims.

Recalling Norwegian gunman Anders Behring Breivik, a right-wing extremist who hated Muslims, the killings of 77 people in Norway in July 2011 is an indicator of a lack of security for Muslims due to the serious effects of the extreme right in Europe. Can Baydarol, an expert on the European Union, spoke to Daily Sabah about the underlying socio-economic factors that led to the rise of right-wing extremism. "Two main factors are the perception of Islam=terror, which grew after the Sept. 11 attacks, and the rise of unemployment rates with the economic crisis that spread throughout many European Union countries. European industrial workers became unemployed, and as the number of Turkish Muslim immigrants grew, they took over many low-skilled jobs," said Baydarol.

All of these factors have led to growing prejudice and hatred towards the Muslim population -- Islamophobia. To fight against the anti-Islam rhetoric in many European countries, European human rights bodies and institutions have been organizing many events to raise Europeans' awareness of this significant matter. The Council of Europe organized a round table in Strasbourg in September 2013, "Challenging anti-Muslim Prejudice and Promotion of Mutual Understanding in Multicultural Societies through Education," to prevent the growing intolerance towards Muslims in Europe.

Considering the failure of existing multicultural policies for the integration of Muslim communities, hate groups become more prominent in Germany, as more people starts to consider Islam as a threat to their society. As anti-İslamic rhetoric rises in Germany and several European countries, what measures EU authorities take against the growing Islamophobia is a significant matter for the time being.
Last Update: May 16, 2014 1:01 am
RELATED TOPICS