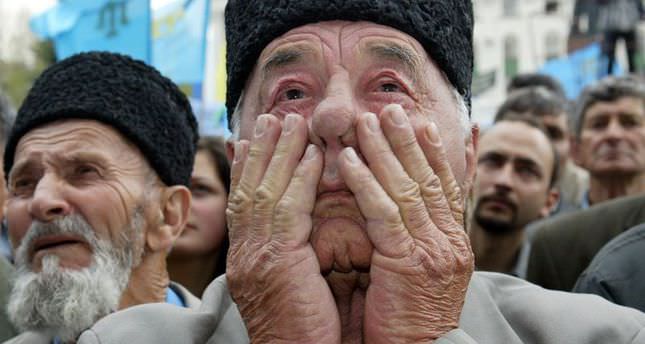 by AA May 17, 2014 12:00 am
GENEVA — The United Nations warned Friday of a deteriorating human rights situation in eastern Ukraine, including persistent problems in Crimea, that part of Ukraine that was annexed by Russia at the end of March.

The 36-page report produced by the UN Human Rights monitoring mission, based in five Ukrainian cities, covered the period from April 2 to May 6 of this this year.

It documented a number of problems in Crimea related to the Crimean Tatars and other minorities. These included the issue of citizenship, the free of movement of Tatar leaders and descriptions of physical harassment.

The report talked about fears of religious persecution of those who are practicing Muslims. And according to the UN more than 7,200 Crimean people - mostly Tartars – have become displaced.

In a separate news release, the security situation in eastern Ukraine was defined as increasingly dangerous with the potential of peaceful demonstrations turning into violent protests with the involvement of armed groups.

The city of Slaviansk, in the Donetsk region, was described as a particular place of unrest.