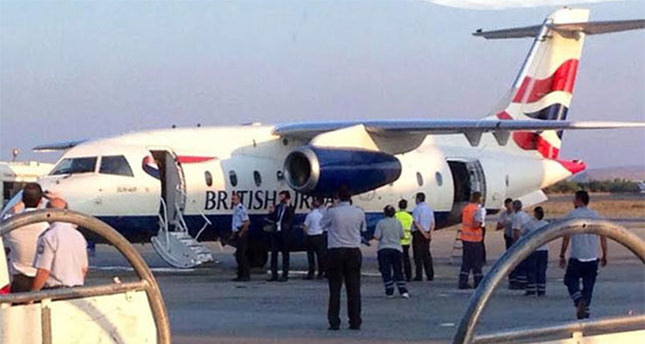 by Daily Sabah May 24, 2014 12:00 am
LEFKOŞA — A jet airliner of British Airways carrying the English rock band 'Deep Purple' who will be giving a concert at the Cyprus Near East University has landed at the Ercan International Airport in Northern Cyprus. The British Airways jet has so become the first English plane to land at the Ercan International Airport.

According to the news of Kıbrıs Postası, the airliner of British Airways, rented by Cyprus Near East University to transport the English rock band, has landed at the Ercan International Airport located in Nicosia. It is still unclear whether the occasion will lead to any political outcomes since it marks the first time an English plane has landed in Northern Cyprus.