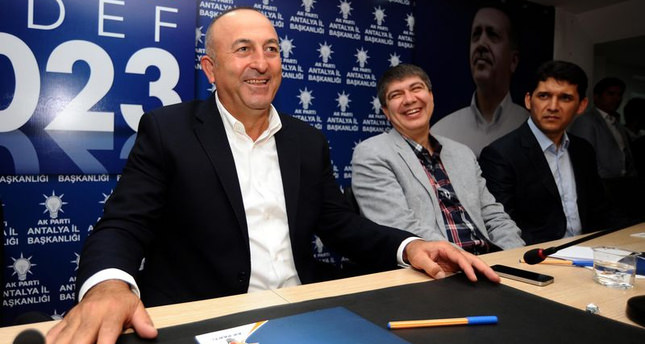 RIGA —Turkey's European Union Minister Mevlüt Çavuşoğlu has warned over 'threats to core EU values' due to a surge in 'racist language in politics.'

The European Union is holding parliamentary elections, a massive act of democracy with the bloc's 500-million population.

Çavuşoğlu cited surveys conducted, before EU polls began on Thursday that showed political parties with radical or racist right-wing discourse would take first or second place in 12 of 28 EU countries.

"When we consider the surveys, we see a really scary trend. We do not look at the situation only in terms of Turkey's EU membership process. We also consider it in terms of the Europe's own values, own future and policies. Racism is posing a threat against the values that keep the EU countries and the people together," Çavuşoğlu said.