Ukraine prepares to vote after bloodshed 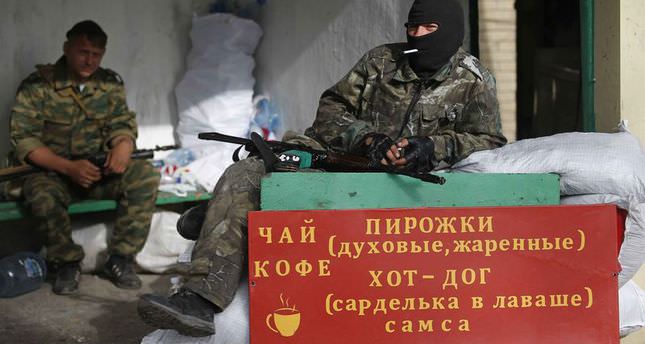 by May 24, 2014 12:00 am
KIEV — Candidates in Ukraine's presidential election stayed out of the public eye on Saturday, observing a ban on campaigning on the eve of a vote that Kiev hopes can help end a bitter confrontation with Russia.

On Friday, armed pro-Russian separatists and a Ukrainian militia group clashed in the east of Ukraine, leaving at least two dead. An attack on Ukrainian troops a day earlier killed 17 soldiers, officials have said.

European leaders will consider steps against Russia on Tuesday if they decide Moscow has hampered the election, ranging from restrictions on luxury goods imports to an oil and gas ban, although some are wary due to close trade ties.

The Ukrainian authorities have promised a suspension of anti-separatist operations on the day of the election, billed as the most important in 23 years of independence from Moscow, but Friday's clash suggested violence may mar the event.

After Yanukovich's overthrow in February, Russia annexed Ukraine's Crimea region and stationed thousands of troops in combat readiness near the border with Ukraine as armed pro-Russian rebels took over strategic buildings in the east.

It looks askance at Kiev's leaders and their pro-Europe policies, which could take the former Soviet republic out of Moscow's orbit and denies Kiev's charges that it has fomented the separatist rebellions in the Russian-speaking eastern areas.

On Friday, Moscow said it would pull back all forces from its border with Ukraine "within a few days", a move that, if carried out, could ease tensions around the election.

The United States said it was not yet convinced: "We have actually seen the movement of some units away from the border region, apparently back to what we would consider garrison, their home base. But it's not in great number right now," said Rear Admiral John Kirby, a Pentagon spokesman.