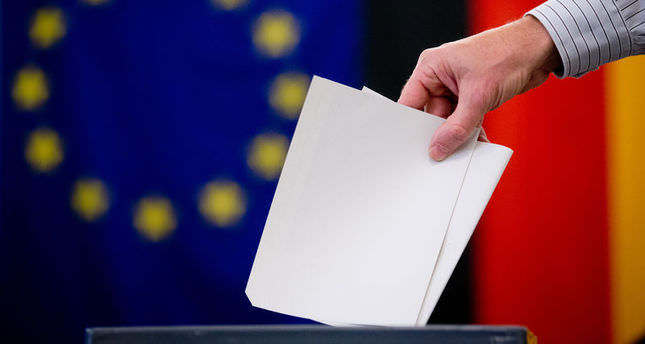 by May 25, 2014 12:00 am
BRUSSELS — European elections reach their culmination on "Super Sunday" when the remaining 20 of the EU's 28 countries go to the polls, with the vote expected to confirm the dominance of pro-European centrists despite a rise in support for the far-right and left.

Germany, France, Spain and Poland are among the major EU member states voting on Sunday, representing the bulk of the 388 million Europeans eligible to cast ballots and elect the 751 deputies to sit in the European Parliament from 2014-2019.

After years of economic crisis, rising unemployment and poor growth, many Europeans have come to question the wisdom of ever-closer EU integration and are expected to vote for Eurosceptic parties on the right or left promising radical changes.

Opinion polls suggest at least a quarter of seats in the parliament will go to anti-EU or protest groups, but at least 70 percent will remain with the four mainstream, pro-EU blocs: the center-left, center-right, liberals and Greens.

Turnout - the most basic measure of citizens' engagement with Europe - is expected to fall again, dropping to just over 40 percent, marginally down from 43 percent in 2009. That would continue the trend of declining participation at every European election since the first direct poll was held in 1979.

While expectations ahead of the vote were that far-right groups would record historic victories in countries such as France, the Netherlands and Britain, exit polls from the Netherlands, which voted on Thursday, were a surprise.

As well as determining the makeup of the next European Parliament, these elections will for the first time influence who becomes president of the European Commission, a powerful role overseeing pan-EU legislation.

Polls are predicting that the center-right European People's Party will secure around 220 seats, putting it 15 to 20 seats ahead of the center-left Socialists & Democrats.

Parliament leaders will meet on the morning of May 27 to discuss the election results and the Commission presidency, and EU leaders will do the same at a summit on the evening of the same day. But it is expected to take several weeks before leaders decide on a name to put to a parliamentary vote.