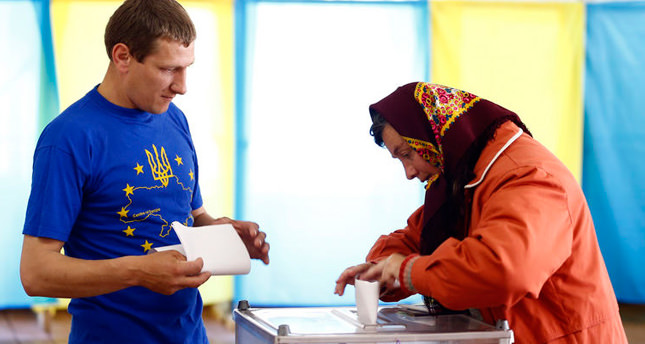 by May 25, 2014 12:00 am
KIEV/DONETSK, Ukraine — Ukrainians voted on Sunday in a presidential election billed as the most important since they won their independence from Moscow 23 years ago, but armed pro-Russian separatists disrupted voting in eastern regions of the former Soviet republic.

Early signs pointed to a high turnout in sunny weather in an election where the main candidates, including front-runner Petro Poroshenko, a confectionery magnate, are promising closer ties with the West in defiance of Russia's President Vladimir Putin.

But the absence of over 15 percent of the electorate, in Russian-annexed Crimea and two eastern regions where fighting with pro-Moscow rebels continued on Saturday, may mar any result - and leave the Kremlin questioning the victor's legitimacy, for all Putin's new pledge to respect the people's will.

Voting began in most of Ukraine at 8 a.m. (1 a.m. EDT) and will end 12 hours later, when exit polls will indicate a result ahead of an official outcome on Monday.

Only about 20 percent of the polling stations in the heavily industrialized, Russian-speaking Donetsk region, which has 3.3 million registered voters, were working as of 9:30 a.m. (2.30 a.m. EDT), authorities said. None were open in the city of Donetsk.