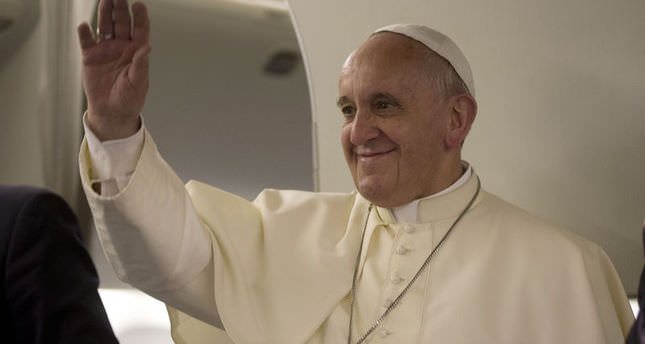 by AA May 27, 2014 12:00 am
VATICAN CITY — Pope Francis has said he will meet with victims of sexual abuse by members of the Catholic clergy at the Vatican at the beginning of June.

Speaking to journalists during his return flight from a three-day visit to the Middle East, Pope Francis added that currently three Catholic bishops are under Vatican investigation over sexual abuse.

"Pedophilia is a serious problem and if a cleric is doing it he is betraying God," Francis said, "Such incidents should not be tolerated and should be brought to an end."

He also said transparency in the Holy City's economic affairs is needed. At least 1,600 illegitimate accounts have been closed down in the Vatican Bank.

"The IOR (Istituto per le Opere di Religione) is there to help the Church, bishops, dioceses, Vatican staff, their widows and embassies have the right to an account with the IOR, but no one else," he added.

An investigation into the misuse of 15 million euros, which was invested in television production company Lux Vide has also begun, Pope Francis said.

Pope Francis is to hold a joint prayer meeting at the Vatican with Palestinian President Mahmoud Abbas and Israeli President Shimon Peres towards the beginning of June as part of the ongoing peace process.