EU leaders call on Russia to cooperate with Ukraine 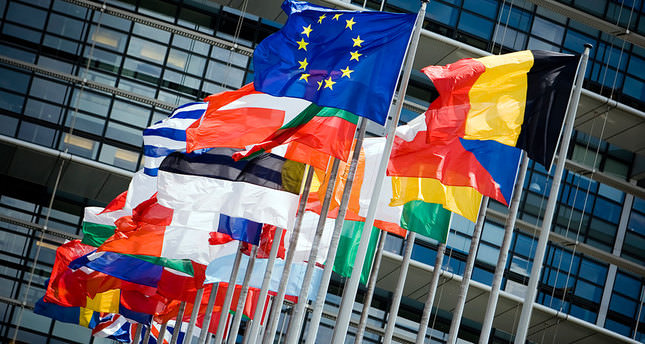 European Union leaders and governments have called on Russia to cooperate with Ukraine's newly elected president, Petro Poroshenko, during a special meeting held in Brussels on Tuesday.

The EU leaders agreed on a joint declaration which calls on Russia to cooperate with President Poroshenko, to continue withdrawing Russian troops from Ukraine's borders and to de-escalate the situation with armed separatists in Ukraine's east.

No new sanctions against Moscow and or Russian diplomats were on the meeting's agenda, as EU leaders await a response from Moscow.

Meanwhile, European Council President Herman Van Rompuy was given a mandate to begin talks on electing a new president of the European Commission.

Former Luxembourg prime minister Jean-Claude Juncker, a member of the European People's Party, which won the most seats in last week's European Parliament elections, may not be one of the candidates, according to German Chancellor Angela Merkel.

Leaders from the U.K., Holland, Hungary and Sweden are suspected of not wanting Juncker in the presidential position.

A possible alternative candidate is German Social Democrat Martin Schulz whose Progressive Alliance of Socialists and Democrats came in second place after the elections.

Under the Treaty of Lisbon, the European Council has to take into account the results of the latest European elections when choosing candidates.

The Commission president is expected to be nominated at the June European Council summit and confirmed by the Parliament in July.