EU to give €65 million to flood-hit Balkans 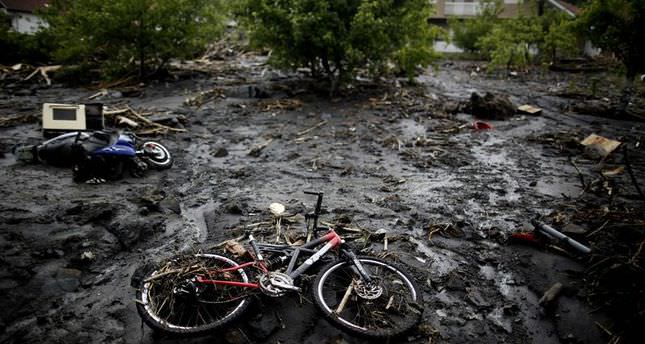 by AA
May 28, 2014 12:00 am
ANKARA — The European Union has announced an aid package worth €65 billion for Bosnia-Herzegovina and Serbia to help them cope with the aftermath of the worst flooding in the Balkans in decades.

The EU Commission announced the aid in a press statement on Tuesday, saying the sum would be divided into two and the first part -- worth €3 million -- would be released immediately for communities worst-hit in both countries.

The rest of the aid would be made available by the end of June for longer-term relief and recovery.

The 28-member bloc said it would also dispatch funding for long-term reconstruction over the next six years, with the scope and amount to be decided in the coming weeks.

More than 660 relief workers have been deployed to the two countries, bringing with them motorised boats, helicopters, pumping equipment and humanitarian kits, the statement added.

Earlier on Tuesday, a state of emergency was lifted in the Bosnian Serb Republic of Bosnia-Herzegovina, following the worst flooding for 120 years in the country.

At least sixty people died in the Balkans and almost a quarter of Bosnia's nearly 4-million population have been affected from the floods.